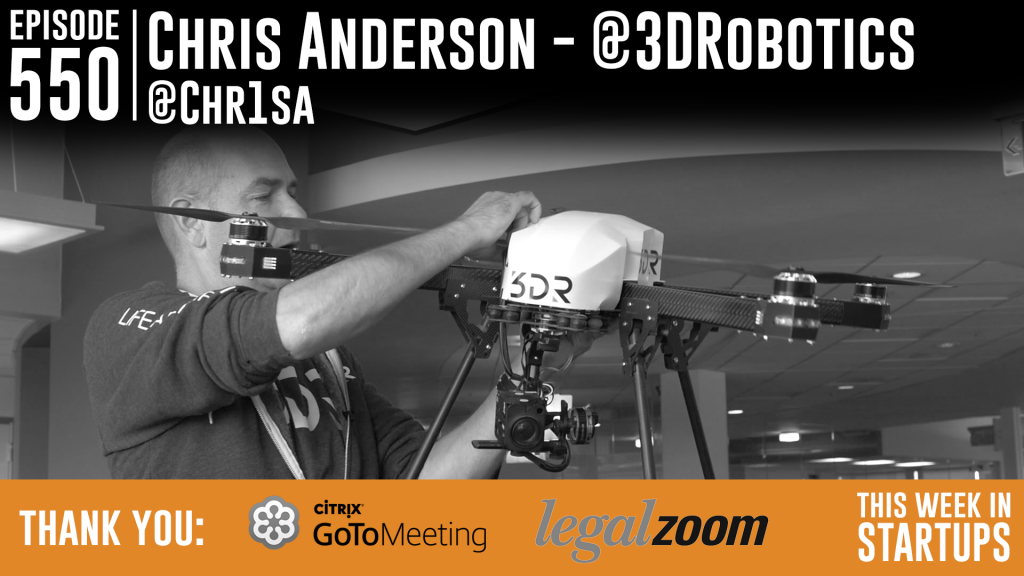 Form an LLC, register your Trademark and protect your products with LegalZoom. Not a law firm, but you can get personal advice from LegalZoom’s network of independent attorneys in most states. Enter promo code “TWIST” the referral box at checkout for $10 off.

It’s our second show for Drone Week & the launch of the “Inside Drones” podcast! Chris Anderson, former “Wired” Editor-in-Chief turned CEO/Founder of 3DRobotics (3DR) invites Jason to Berkeley, CA, to talk & fly the hottest drones. It’s an amazing conversation where Chris explains his journey from “Wired” to becoming obsessed with drones after building one out of legos with his kids, to starting an open source drone community, to building 3DR — the biggest drone maker in America. Jason and Chris dive into the history of how this incredible technology came to be, exactly how drones are bound (or not bound) by the laws of physics and/or government, and what we can expect (dream!) for the future. We see some of Chris’s greatest hits, upcoming releases … and watch Jason and Chris fly them on his roof deck! Join us!