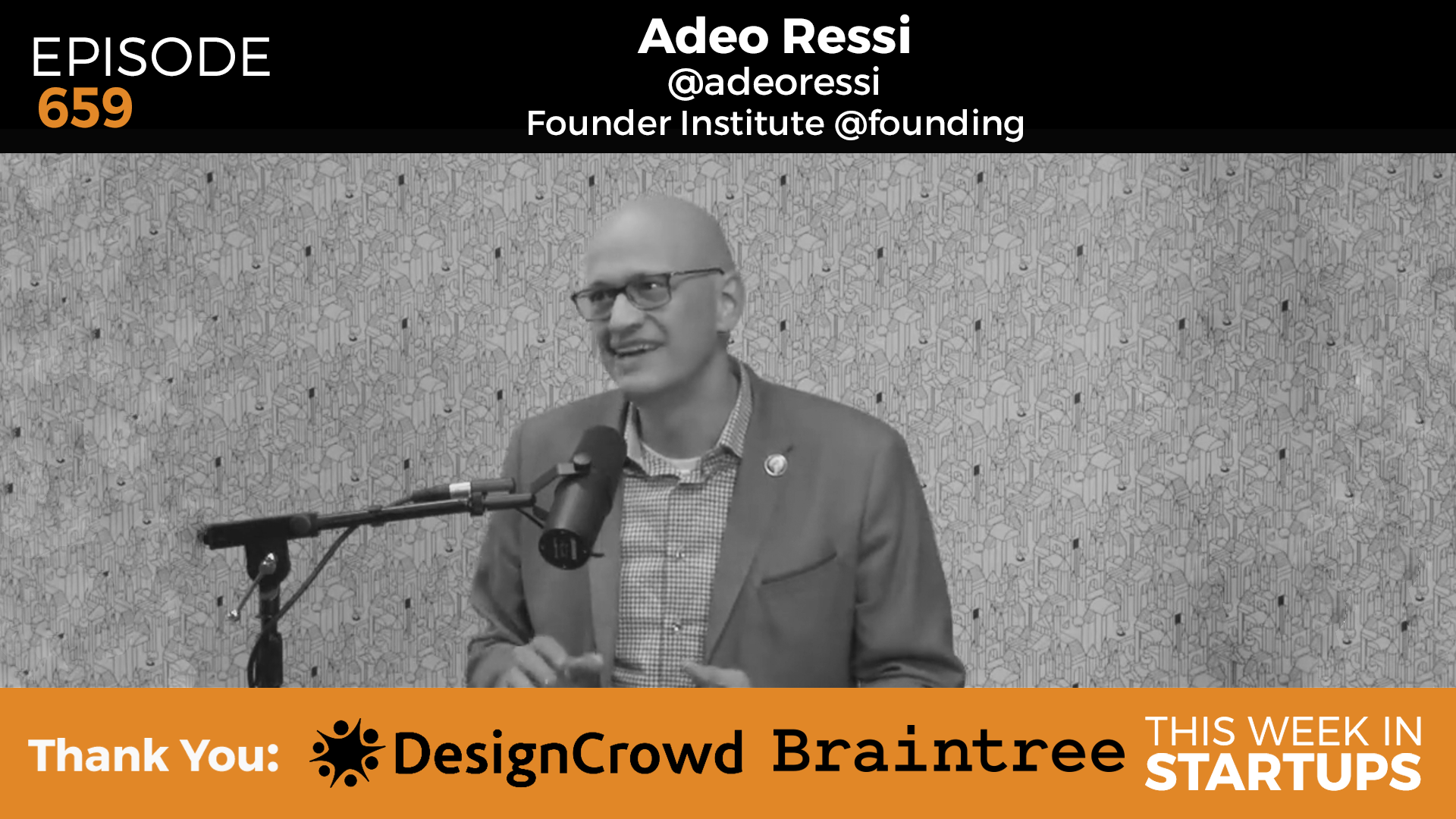 Spanning 135 cities across the globe, and producing around 2000 companies per year, the Founder Institute has become one of the biggest, most impactful programs for early stage companies in the world. In this episode, Jason sits down with the Adeo Ressi, Founder and CEO of the Founder Institute, to find out what makes Adeo’s entrepreneurship program different from the host of other incubators and accelerators out there. Adeo gives some background and lessons learned as a founding member of TheFunded.com, and shares his process of detecting successful founders as well as predicting which entrepreneurs will fail. As the owner of the LAUNCH Incubator, Jason is in his element comparing and contrasting the structure and practice of the Founder Institute with his guest.