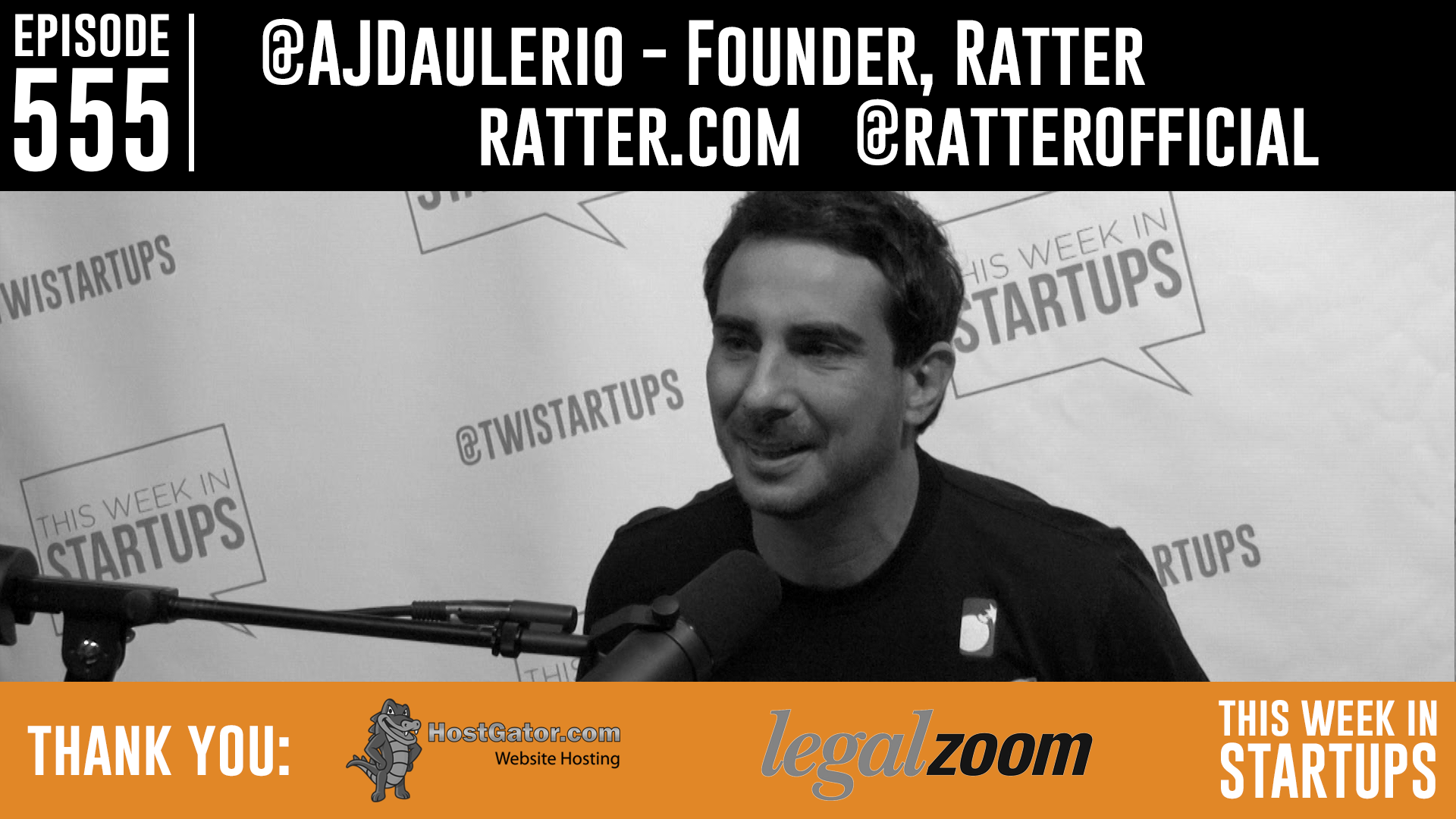 LegalZoom. Are you the next great entrepreneur? Form an LLC, register your Trademark and protect your products with LegalZoom. Not a law firm, but you can get personal advice from LegalZoom’s network of independent attorneys in most states. Enter promo code “TWIST” the referral box at checkout for $10 off.

Content businesses are incredibly hard, but that isn’t stopping today’s guest entrepreneur. Jason sits down with former Deadspin and Gawker Editor-In-Chief A.J. Daulerio, who has now launched Ratter.com, a network of a local tabloids & national news. Jason and A.J. discuss what it was like battling in the content business in the early 2000’s, how A.J. first got started at the failed gambling blog OddJack (and was eventually fired by Lockhart Steele), why A.J. and Nick Denton thought the local tabloid idea for Ratter would work even though the similar Patch.com had just failed, how A.J. plans to do stories that blow the doors off of everything else on the web (and how he plans to monetize it), why investigative journalism is so unique today with Twitter and live-video, why Twitter is more important than mainstream media (and why mainstream media should be paying people on Twitter), what made A.J.’s story covering Texas Rangers Josh Hamilton his first big hit, why Hulk Hogan is suing A.J. and Gawker for $100 million over a sex scandal story (which might bankrupt both of them), whether it is a good idea for journalists to pay for stories or not (hint: if it is absolutely crucial to a story and you do it infrequently — yes), and so much more!