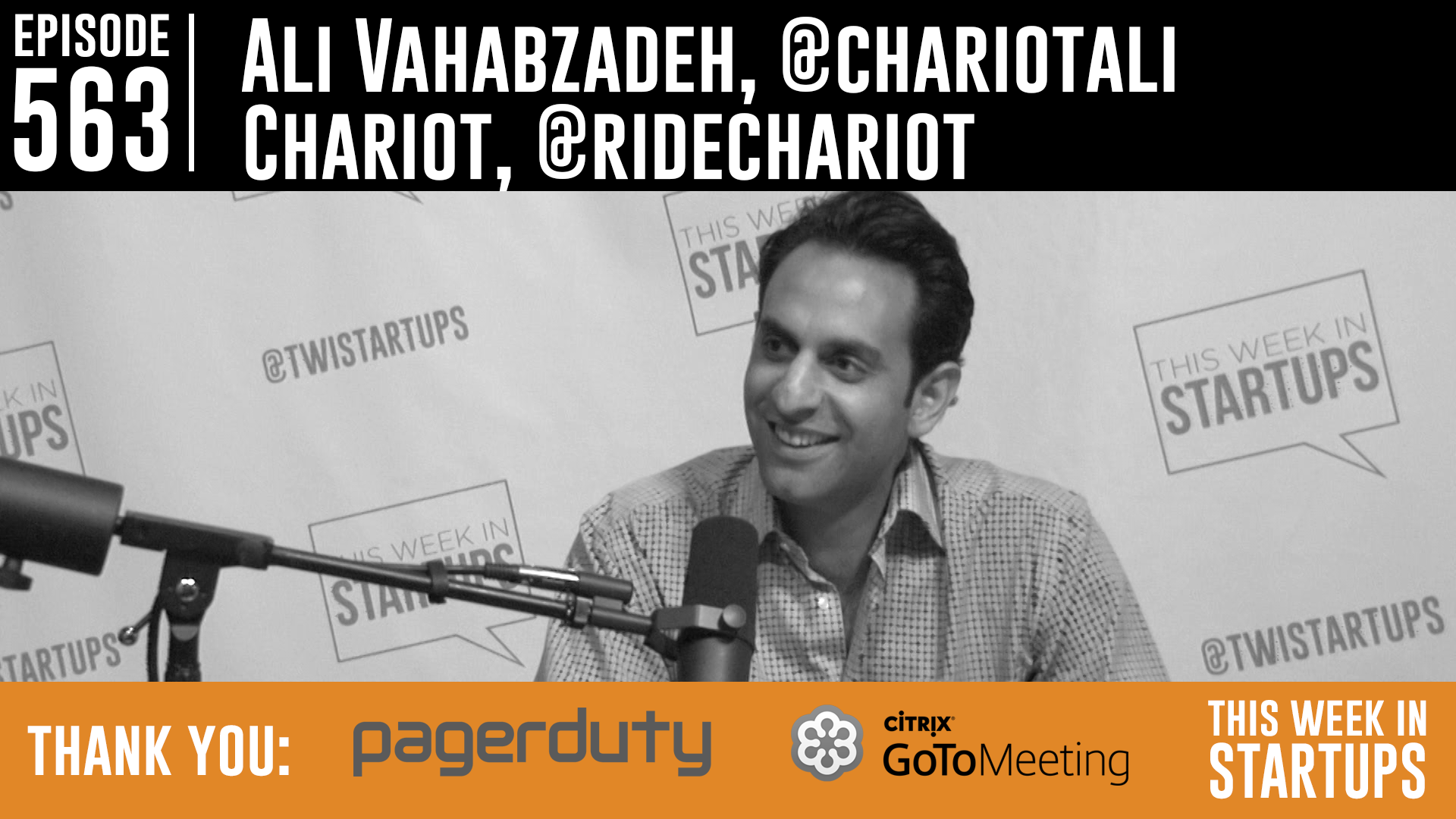 PagerDuty serves as the hub of your operations, aggregating all of your infrastructure monitoring tools and alerting the right people & teams at the right time. Sign up today for a free 14-day trial at pagerduty.com/twist.

Today Jason talks with Ali Vahabzadeh, Founder of Chariot, an entrepreneur hoping to change the way we move around cities. Despite recent innovations in private transportation options, mass transit remains mostly a mess. Even in cities where public transpo exists, there are always inaccessible routes and neighborhoods. Ali’s Chariot offers an alternative with a commuter shuttle service, that has learned lessons from where other shuttles have failed and reinventing the model. Cost-effective, reliable, scalable and — here’s a first — crowdsourced. Once a certain city route gets enough votes, service is launched there, guaranteeing riders. Jason and Ali discuss the nature of cities and transportation, the current broken system, we see the Chariots in action on the site (during rush hour), why it’s important that Chariot drivers are W-2, the differences between operating in a drive-first city versus a transit-first city, Ali’s upcoming plans to introduce social features — and more. This is the second episode of our Tumml 2fer, featuring two founders who graduated from the Tumml accelerator & are tackling tough urban problems. (Interestingly, both went on to YC, as well.)