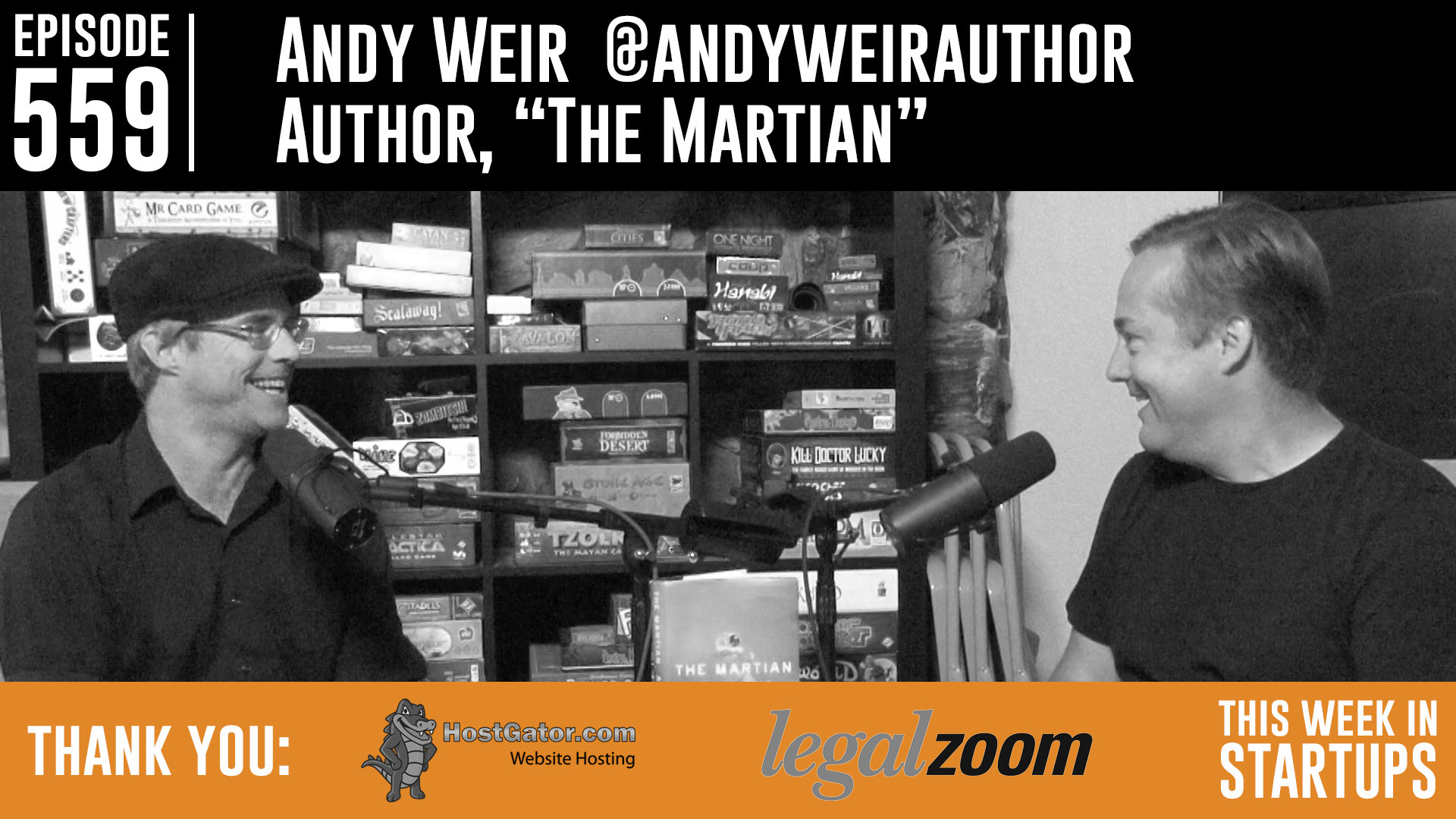 LegalZoom. Are you the next great entrepreneur? Form an LLC, register your Trademark and protect your products with LegalZoom. Not a law firm, but you can get personal advice from LegalZoom’s network of independent attorneys in most states. Enter promo code “TWIST” the referral box at checkout for $10 off.

Today’s guest is Andy Weir, author of “The Martian,” NYT bestseller and soon to be a major motion picture directed by Ridley Scott & starring Matt Damon. For nearly 20 years, Andy has been a prolific writer, following his science fiction passion when not at his full-time computer engineering job. “The Martian,” which started as a serialized book on his website for a small loyal audience, was eventually discovered by Random House and the rest is history. Jason and Andy have a fascinating conversation about “The Martian” (the book & movie), science fiction, writing, creativity, and inspiration. The story, about an astronaut who has to survive for years on Mars after being accidentally left behind, is an intelligent and exciting exploration of how people use resources in unexpected ways to solve unexpected problems. Andy shares how his research was as scientifically accurate as possible (NASA is happy), why now is the best time in history to be a writer because there are no more gatekeepers, what it was like to find out Ridley Scott and Matt Damon would be doing the movie (but why he never popped any champagne), the differences between tours at NASA vs. SpaceX (hint: SpaceX is a rocket factory & they don’t have time to mess around!), why the key to space travel is driving the price down to where middle class demand can reach it, why he is an optimist about energy and our planet, we learn Jason and Andy’s favorite Ridley Scott movies, and much much more!