Deprecated: File Theme without header.php is deprecated since version 3.0.0 with no alternative available. Please include a header.php template in your theme. in /home/thiswee/public_html/wp-includes/functions.php on line 5579
 E598: Babak Hodjat, Sentient.ai Co-Founder & Chief Scientist (& main inventor of tech behind Siri), is creating artificial intelligence that learns and adapts with our every decision | This Week In Startups 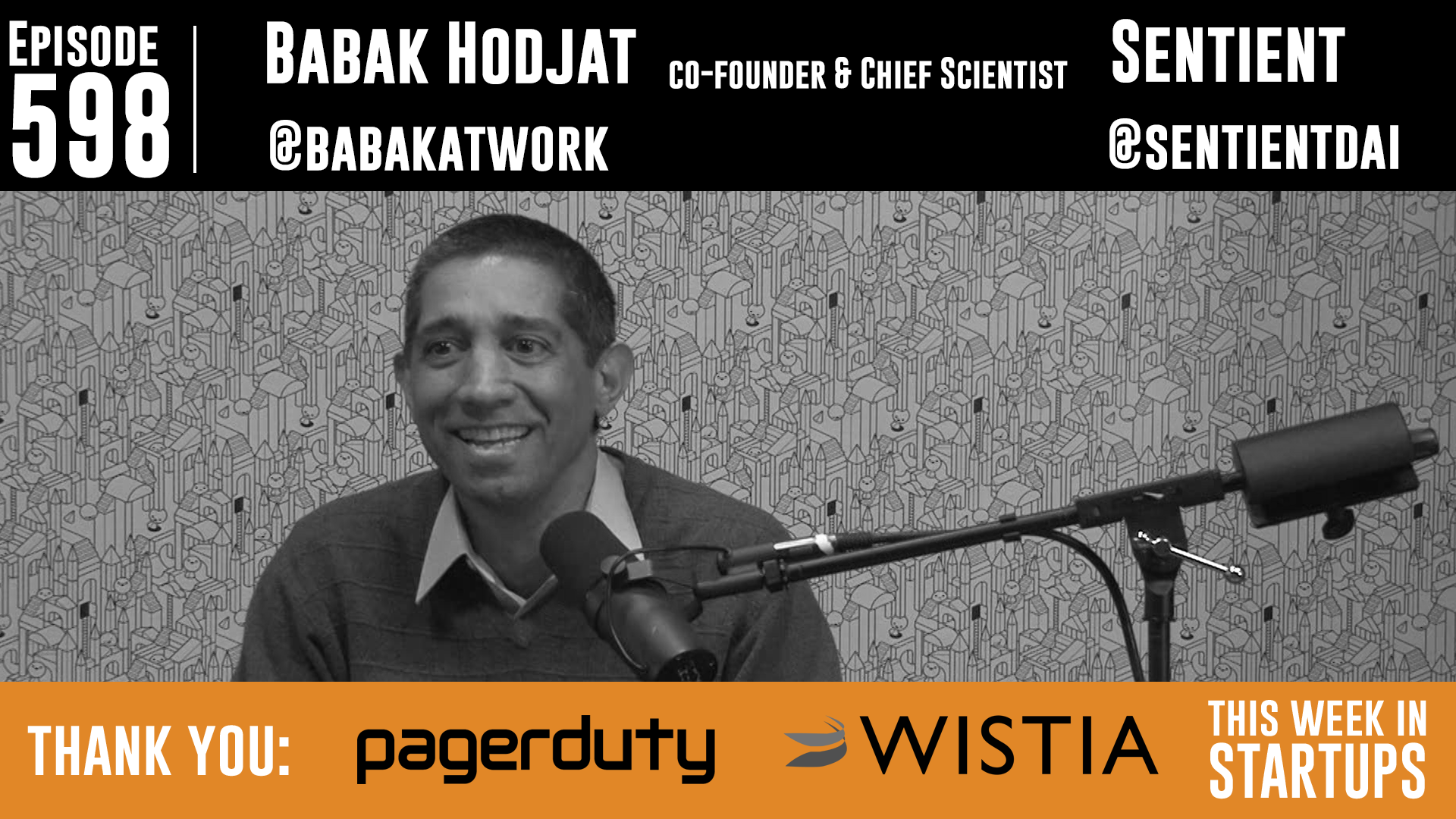 PagerDuty serves as the hub of your operations, aggregating all of your infrastructure monitoring tools and alerting the right people & teams at the right time. Sign up today for a free 14-day trial at pagerduty.com/twist.

Babak Hodjat is Co-founder and Chief Scientist of Sentient, the most-funded artificial intelligence startup in the world, which emerged from stealth in 2014 after raising more than $100m Series C (the largest round ever by an AI startup). Though already going strong in financial trading (with 1.5+ CTUs globally), last week they launched Sentient Aware for E-commerce, which is already being used by the Canadian shoes.com and which Babak demonstrates for us. Babak is also the main inventor of the tech behind Siri, and he and Jason discuss the actual intelligence level of Siri, along with many other fascinating aspects of AI, including the ethics behind it, where it falls on the “worry” scale between simple memory chips and nuclear weapons, its potential impact on warfare, gambling, and self-driving cars, and the inevitable 20-year sushi bet! AI is capable of improving ourselves (in the case of health), knowing what we want before it even exists (in the case of e-commerce), but will it be capable of destroying humanity?

0:00 – 3:19 Babak Hodjat invented the tech behind Siri, this episode will get people investing in AI

22:11 – 24:42 “My traders have to go through millions of decisions, some of them artificially… and they have to come out of it not breaking the system.”

31:07 – 34:05 “DeepMind made some very interesting strides in applying deep learning to learning… Atari games from scratch.”

42:12 – 45:04 “We started off with tags that were human-generated… automatically identify and abstract features… from the images.”

45:05 – 46:14 “Imagine that some day through your interaction with the system… figures out the shoe that is the best suited, and that shoe might not actually exist.”

49:41 – 52:56 “No two people have the same reactions… we can discover things that are very very personalized.”

1:05:56 – 1:07:51 “It’s keying off of tags it automatically identifies… the concept of a buckle, per say, may not be a concept the AI has identified as a differentiator.”