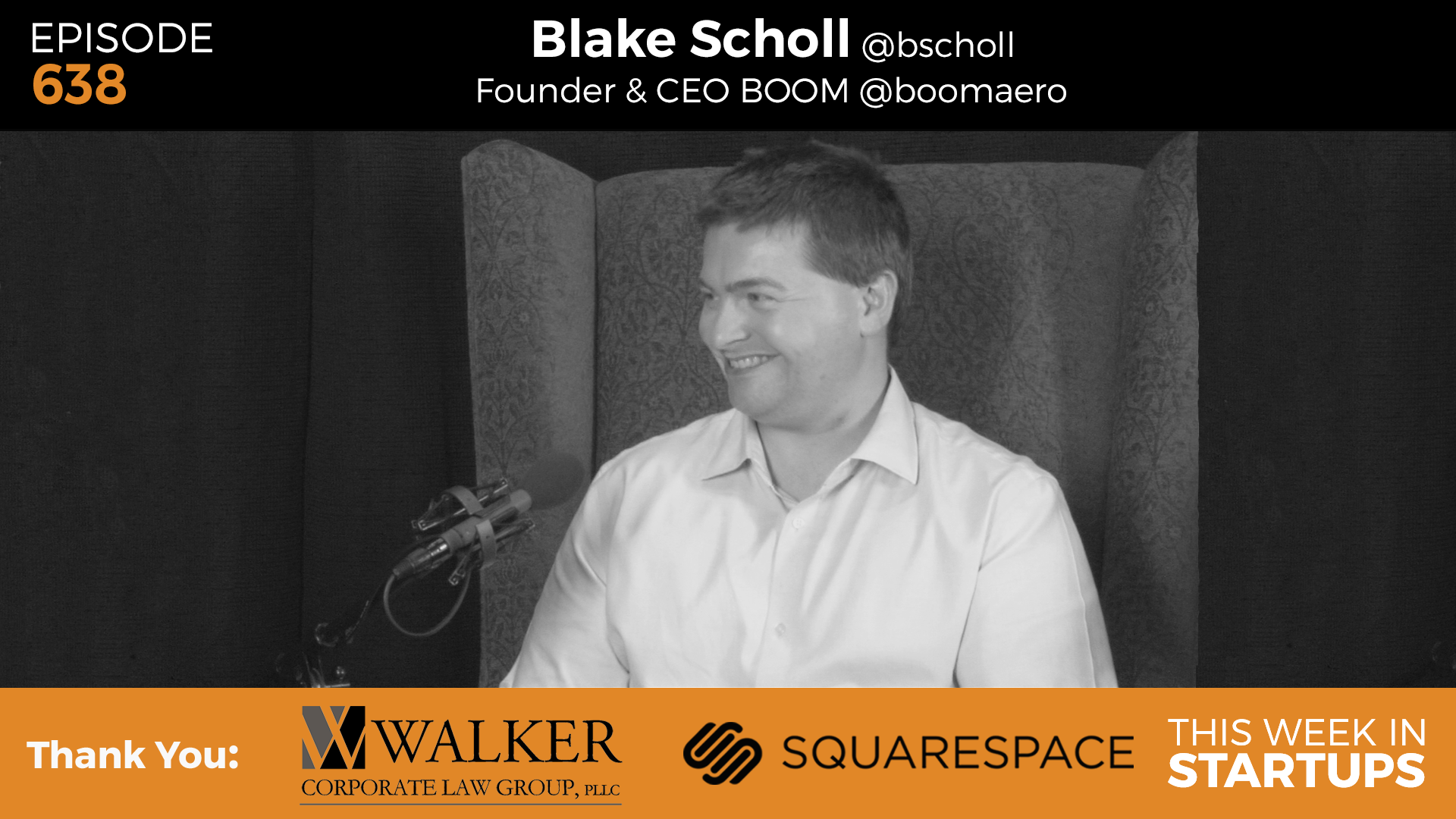 After the retirement of the Concorde in 2003, the supersonic passenger jet has become long overdue for re-entering the market. In episode 638 of This Week in Startups, Boom CEO Blake Scholl sits down with Jason to explain how his company is resurrecting the dream of supersonic passenger flight, and why their new jet will be superior to the failed Concorde design. “The Concorde was 1950’s technology. Today we’ve got better aerodynamics, we’ve got software optimized aerodynamics, we’ve got better engines, better materials…” The list goes on as Blake explains not only the feasibility, but the reality of this exciting new venture!

The Concorde: the first attempt, and why it failed

Blake believes that they rushed into the project. The Concorde project was an attempt to go supersonic before it was economically viable. The technology that was available at the time was certainly good enough to go supersonic, but it wasn’t good enough to sustain a long term business. First, it was a joint venture between the French and British, building parts in factories in separate countries. On top of that, the engine ran on afterburners, which are tremendously inefficient, burning 50% more fuel for only 20% more thrust. So, at $20,000 per seat, the costs for keeping the jets in the air were simply exorbitant.

The key, Blake found, was that if you could increase the fuel efficiency of the Concorde by just 30% you could offer a seat on a supersonic flight for the same price as business class on a normal commercial airline. BOOM has managed to make up that 30% (with some margin) through better quality materials, increased aerodynamic structure, and upgraded engine designs. Every piece of key technology in the design has already been approved by the FAA, which makes this not only a feasible business, but a reliable investment.

The prototype is in production

By the end of next year, Boom’s prototype aircraft (one third scale) will take flight, and will reach a mind-blowing speed of Mach 2.2. On top of that, they’ve already received 25 ‘Letters of Intent’ to purchase their final product, which Blake estimates the cost to be around $200 million each. The commercial jet is still several years away from official launch, but the mere fact that their scaled prototype will be off the ground in less than 20 months is a strong indicator that Boom is going the distance.

Boom will not be allowed to fly their jets over land, so their business plan is geared toward flights across the Pacific and Atlantic Oceans. The reason for this is because of American airspace regulations in place to prevent the ear-splitting ‘sonic boom.’ However, new technology has recently allowed the ability to muffle the ‘boom’ to a ‘thump,’ and the sound is significantly quieter. Without placing any bets on a change in regulations, Boom hopes that one day people will recognize that sonic flight over land isn’t such a bad idea… especially since Boom’s design will be about 100 times quieter than the Concorde ever was!

How does one go from being a software engineer in Silicon Valley to building a fleet of supersonic passenger jets?

“The audaciousness of the mission is largely unrelated to the difficulty of doing it.” Blake shares his inspiration for starting this new company. Having no prior professional experience in aviation, he explains to Jason how this project feels no more difficult than his mobile apps company. If the idea is feasible, passion and self-motivation will go a long way in making any endeavor a reality, no matter how monumental. Passion and drive are two things that Blake has no shortage of when it comes to supersonic flight.

0:54-3:28: Jason gives a brief background on the Concorde, and the man who is picking up where the failed supersonic passenger jet left off, Blake Scholl.

3:28-7:30: Jason asks Blake who he is, and what qualifies him to resurrect this audacious project.

9:39-13:25: Blake explains why Boom is a better design, and more economically viable than the Concorde.

13:25-14:57: Jason and Blake discuss the difference between the sonic boom and the sonic thump, and talk about the regulations for flying supersonic over land.

14:57-16:26: Blake shares some of the cost figures for Boom, as well as the prototype that is currently set to fly at the end of next year.

16:26-23:44: Astonishingly, Boom already has 25 preorders for their final product, and Jason wants to know who is signing these Letters of Intent.

26:32-28:02: Jason asks about the timeline for completing the project and when they will sell their first commercial jet.

31:13-37:14: Jason brings up the not-so-distant future of autonomous pilots. Blake believes that, at the moment, we need the human factor in the cockpit.

38:21-42:23: Blake shares a humorous, but terrifying story about his first time flying by himself.

42:23-43:38: Jason asks about the funding that Boom is receiving right now, and how much it is costing them to get the prototype off the ground.

46:17-49:38: Blake explains how he acquired the technical knowledge to enter the field of aviation, and how he assembled his current team of engineers.

49:38-52:05: The duo discusses the plausibility of futuristic aviation technologies such as the electric jet and low-earth orbit airplanes.

52:05-57:01: “I have a theory about startups, which is, the audaciousness of the mission is largely unrelated to the difficulty of doing it.”