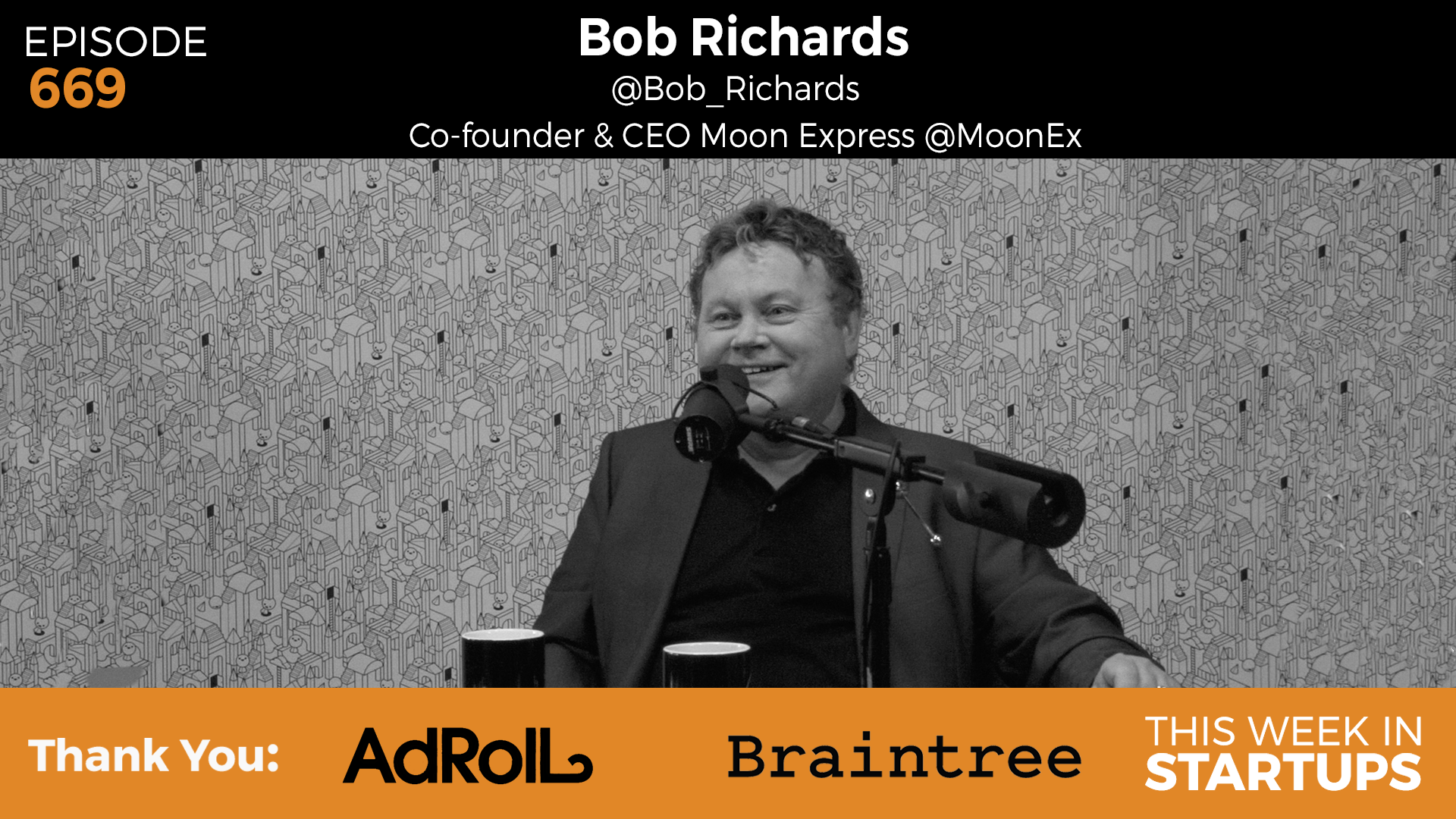 Ten or twenty years ago, if you were told that startups were going to try to build a business that is going to space, you would have laughed, because the only players in the space game were NASA, Russia, Japan, and China. But ten years ago, Elon Musk decided to start SpaceX. And now, we are starting to see a lot of people investing in space. Bob Richards is the co-founder and CEO of Moon Express, the first commercial, private sector company to get permission to leave Earth’s atmosphere. Bob wants to open up our understanding of how incredible the moon is. The long term vision of Moon Express is to show that a private sector company can go to the moon, unlock the resources there, and bring it back to earth to sell. Bob takes us on his odyssey starting with building a spacecraft in a garage, competing in the Google Lunar X PRIZE, and how VC’s and investors responded to his vision. Potential business cases, predictions on the future of space exploration and humanity, and more.