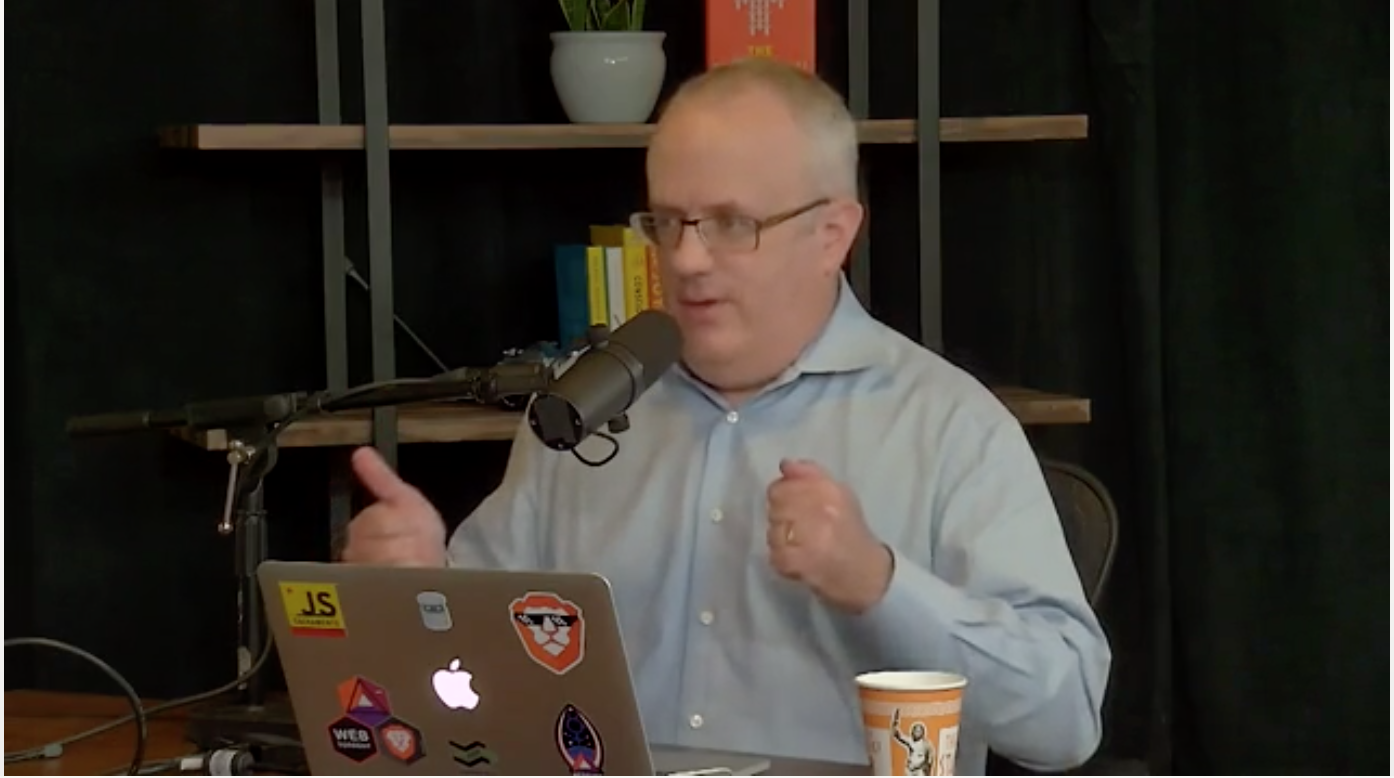 Asana gives teams everything they need to manage projects and tasks, work productively, and deliver better results faster. Visit http://asana.com/twist to sign up for free.

04:39 – Jason covers Firefox’s deal with Google search (before Chrome launched). The pair discusses the launch and dominance of Chrome.

08:47 – Brendan talks about Brave’s launch, user experience versus publishers’ ability to advertise, the legality and ethics of ad-blocking, and a new model for publisher revenues.

11:32 – Jason thanks sponsor Asana. Visit asana.com/twist and try it for free.

16:09 – Brendan explains Brave’s Basic Attention Token. He says Brave will serve to prove the BAT’s value, and hopefully, other browsers will adopt the tech. Brendan says many ad-blockers don’t prevent tracking, and they receive substantial payments to let some ads through.

17:47 – Brendan demonstrates Brave and shows a graphic that details the ads and trackers that load at TMZ.com with other browsers versus what loads when using Brave. Jason and Brendan discuss how some trackers are used to work against publishers and users.

22:49 – Brendan says Brave hopes to launch its own ads, free of trackers, which can be targeted without compromising anonymity (using zero-knowledge proofs).

26:12 – Jason asks about how Brave handles Facebook and third-party tracking, says the Like button was a huge scam to gather publisher data and destroy publishers.

29:22 – Jason thanks sponsor Squarespace, which powers all of LAUNCH’s event sites. Use offer code “twist” to get 10 percent off your first purchase.

32:01 – Jason talks about the shady nature of many ICOs, then asks Brendan about the Ethereum-based Basic Attention Token (BAT). Brendan says Brave’s ICO helped to fund the project and supply users with BAT, which can be used to reward creators, more. Users can also fund their own wallets. He also demonstrates how Brave automatically rewards publishers based on user attention and how users can set budgets and only fund specific sites.

40:23 – Brendan says Brave has 16k publishers and 10k YouTubers on board to collect payments. The pair discusses YouTube’s biased demonetization practices and the effect they have on lower-level creators.

45:02 – Brendan says Brave’s top partner publishers are generating thousands per month from Brave. Jason asks about BAT support at various exchanges and what that could do for Brave. Brendan says Brave is building a long-term platform and BAT is a utility token (though some users are interested in the speculative aspects).

1:01:45 – Jason asks how Brave will know when it has succeeded. Brendan says standardization: when BAT is used by other apps. Standardization also applies to anonymous donations and anonymous ads revenue. Jason agrees that consumers should get some ad revenue for viewing or interacting with ads.