Deprecated: File Theme without header.php is deprecated since version 3.0.0 with no alternative available. Please include a header.php template in your theme. in /home/thiswee/public_html/wp-includes/functions.php on line 5579
 E779: Brian Armstrong, Coinbase & Tim Draper, DFJ on the state of cryptocurrency's maturing market: ICOs as new funding vehicle, disruption of VC, the end of fiat, rise of open source, & the continued dominance & resiliency of bitcoin | This Week In Startups 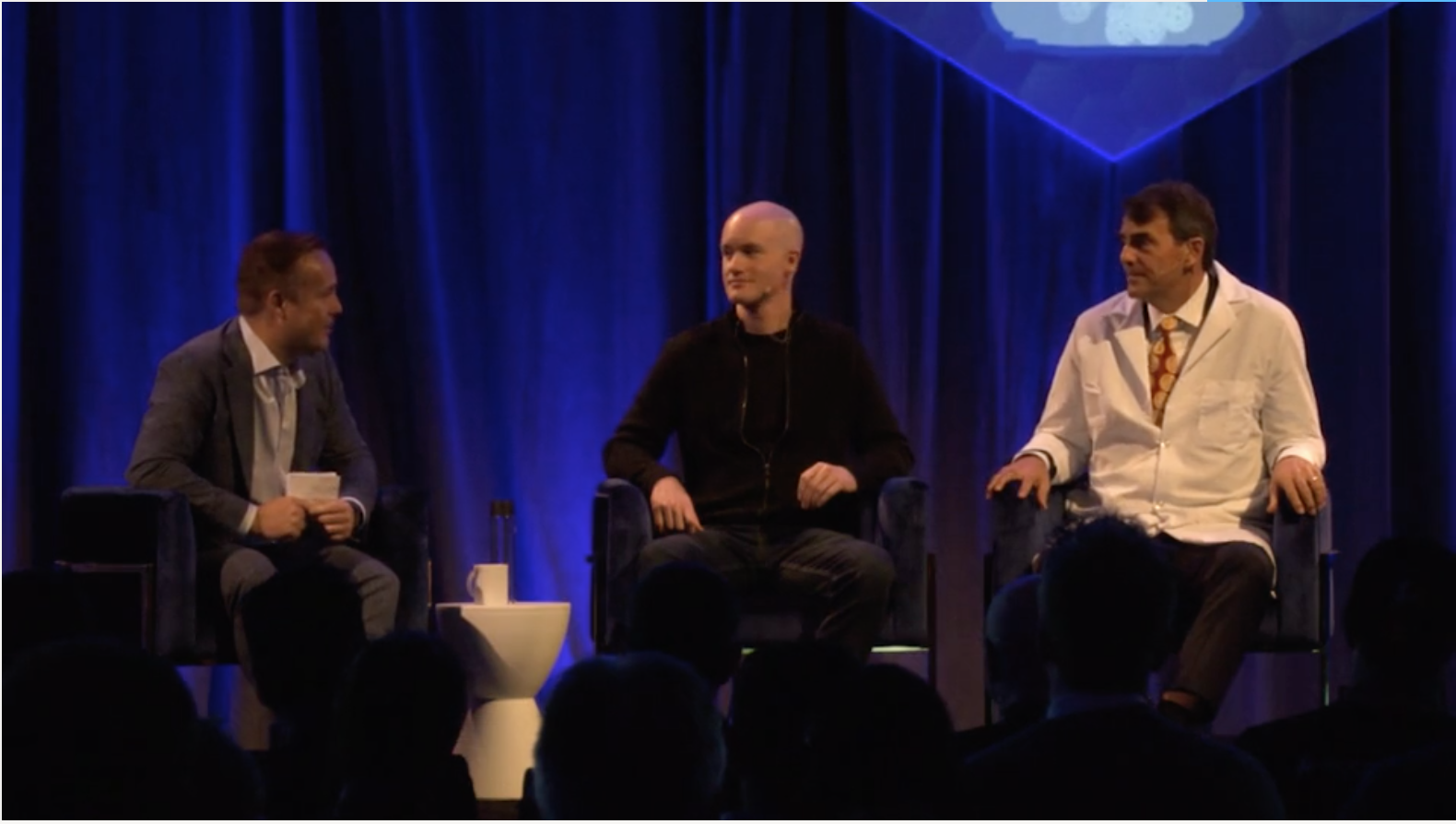 0:01 Thank you to Walker Corporate Law & WordPress for supporting TWiST, visit them at http://walkercorporatelaw.com & http://wordpress.com/twist.

1:55 Brian talks about his first project, getting people to watch videos and paying them in Bitcoin.

3:12 Will the next facebook be cryptocurrency based? Brian explains the exciting trend that could happen with incentivising user-generated content by cryptocurrency.

3:58 Jason talks about Tim Draper’s “superpower” as an investor. Tim explains his process behind investing, the importance of transformative opportunities, & betting on the upside.

9:07 Should you be investing in ICOs with founders that have zero track record? Is it a scam? Brian explains the bubble, the need for regulation, and the importance behind ICOs.

12:57 Thank you Walker Corporate Law for supporting TWiST. Visit them at http://walkercorporatelaw.com

14:07 Jason asks Tim if he is concerned about the current state of ICOs and raising large amounts of money on a document. Tim explains why too much money is detrimental to a company.

16:24 Tim describes an ICO in his artist POV. “You’re not investing, you’re buying a coin.”  Tim explains the benefits that ICOs have towards individual investors, and how regulators have made it difficult for companies to go public.

21:45 Jason ask Brian if it is safer to store digital currency in a server, or in cold storage. Brian compares the two, and shares what he does personally.

23:45 Do you know who your buyers are? Brian explains the regulation behind Coinbase.

25:03 Thank you to WordPress for supporting TWiST. Go to http://wordpress.com/twist to save 15% on a website.

27:27 Will Bitcoin move from being a store of value to something else? Tim explains why he won’t sell his Bitcoin holdings. And the inefficiencies of government issued currency.

29:23 What are the chances of United States launching their own cryptocurrency?  Tim explains why land-based cryptocurrency is a bad idea. Brian believes digital currency will be as stable as many fiat currencies.

30:41 Is Bitcoin in a vulnerable position, due to miners in China having majority compute power? Brian mentions that most digital currencies will move away from mining in the future. Tim explains how resilient Bitcoin has been so far.

33:25 How manipulated is Bitcoin as a currency? Brian explains that the market cap for bitcoin is too large to be manipulated as a whole.

35:38 Brian shares the story of his lost love, Bitcoin. And a comparison between Bitcoin and Visa. And why he is more interested in the trajectory of Ethereum.

38:29 Jason and Tim talk about the structural change about to occur in Venture Capital. And the rise of lawsuits against ICOs.

42:52 Should all startups have an ICO rather than raising money & diluting ownership? Brian explains what he would do. “Right now today, I would go with traditional investors.” Tim explains that entrepreneurs should figure out the use/purpose of a coin, before an ICO.

46:45 Brian & Tim talk about how people working on protocols/foundational pieces of technology can participate in the upside, through coins. Also, people leaving startups/big tech companies to work on open source projects.

50:18 Jason asks his final question to Tim & Brian: What will the price of Bitcoin be in 10 years?