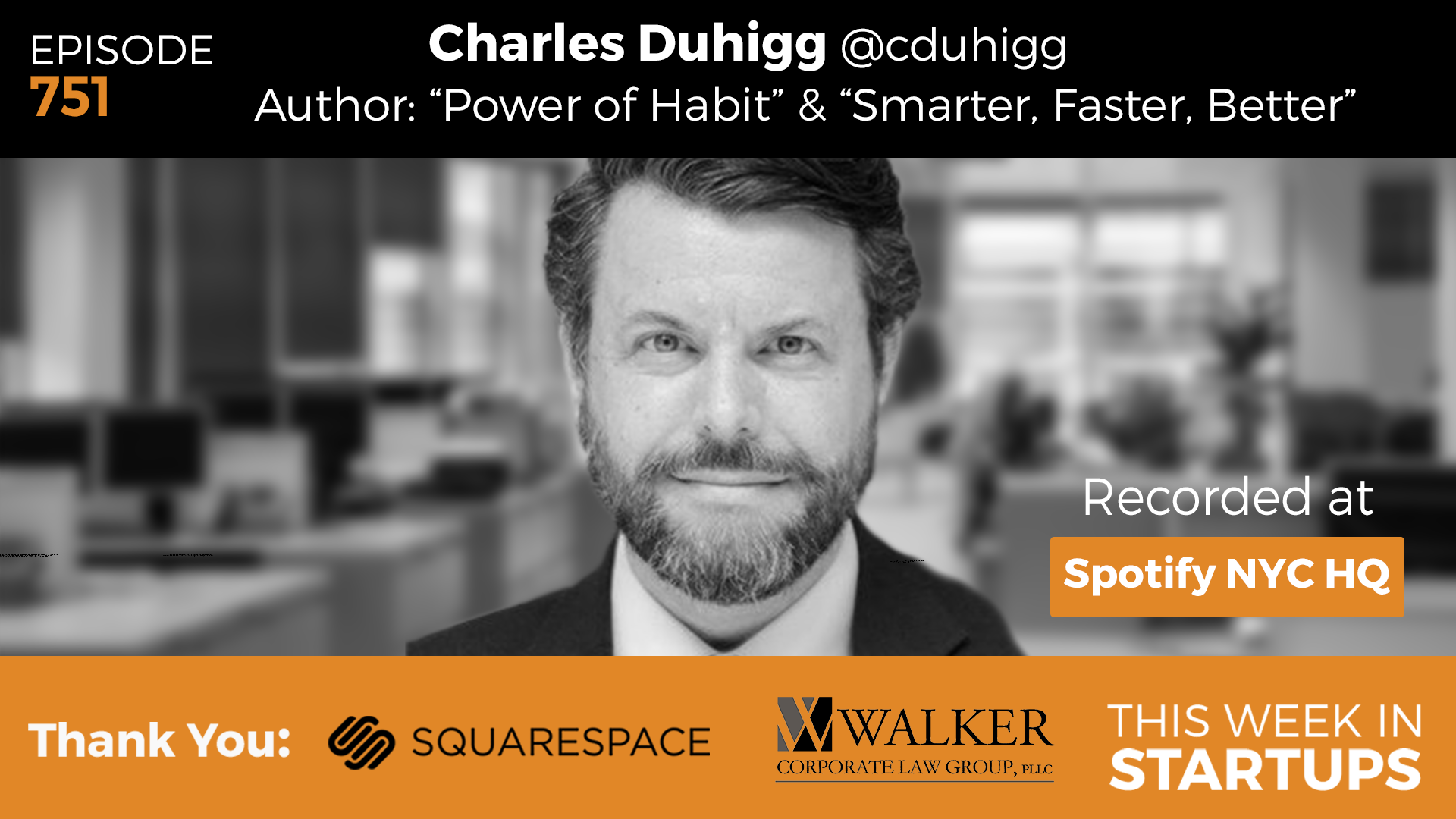 Start building your website today at squarespace.com. Enter offer code “TWIST” at checkout to get 10% off.

Filmed live at Spotify NYC, Jason interviews Charles Duhigg, Pulitzer Prize winner and author of “The Power of Habit” and “Smarter Faster Better”. Charles was one of a team of New York Times reporters who won the 2013 Pulitzer Prize for Explanatory Reporting for a series of 10 articles about the business practices of Apple and other technology companies. In this special episode, he shares insights into what led him to becoming a self-help guru, the roots of Donald Trump’s anti-intellectualism and how to overcome them, the immigration debate, and more. Plus, find out why SNL should have been the biggest failure on earth.

11:40: Charles explains how he became a self-help guru

15:50: We still have the mentality of living in a world where there is constrained food, constrained info, and constrained access to getting an inside view of politics

27:44: Charles wanted to tell a story that’s built around narratives

31:30: Trump, anti-intellectualism, and how part of it is our fault

57:10: Why SNL should have been the biggest failure on earth

Receive Episodes Directly in Your Inbox