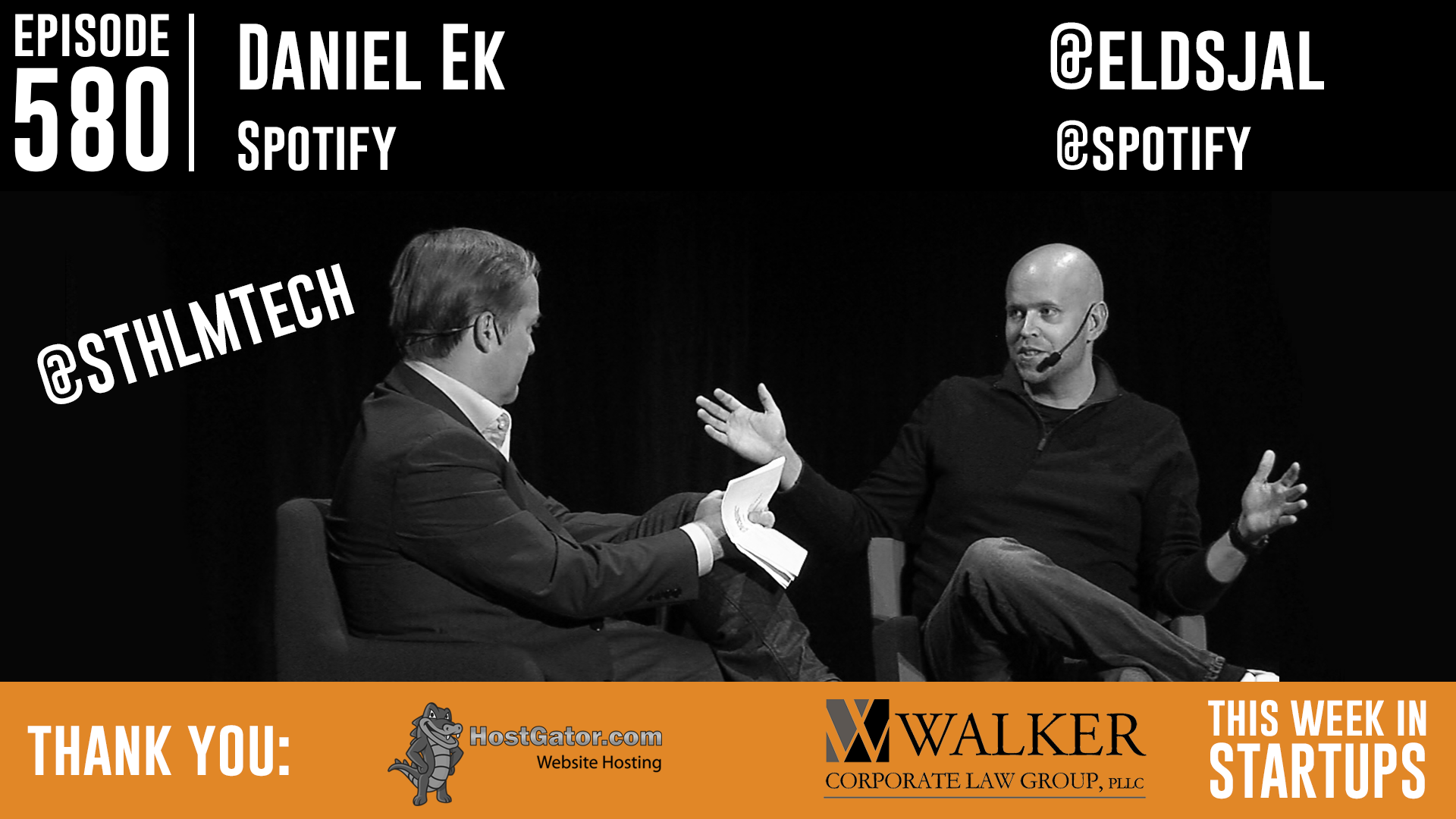 Daniel Ek started Spotify in 2006 with a vision to revitalize the music industry, by giving consumers unprecedented access to tracks and creating a novel, sustainable business model. Now music-streaming is the norm, every player is in the game — and pioneer Spotify is sitting on top of the world with 20m+ paid subscribers. On stage with Jason at the STHLM TECH FEST, Daniel shares his journey, from starting his first company at 14, to bootstrapping Spotify with his own money, to dealing with competitors, to what’s next for the industry leader. It’s a fascinating discussion on music (and the joy and pain of innovating in this most challenging space), Spotify’s early dark days and hard lessons, startup transparency, thoughts on the Google Apple YouTube Tidal Taylor Swift potpourri, Daniel’s strategy for handling competition (hint: making Spotify better), Europe’s awesome and crazy cheap bandwidth (get with the program, America), breaking the music biz stranglehold, the future of streaming — and much more.

Special thanks to the members of the TWiST Backchannel!