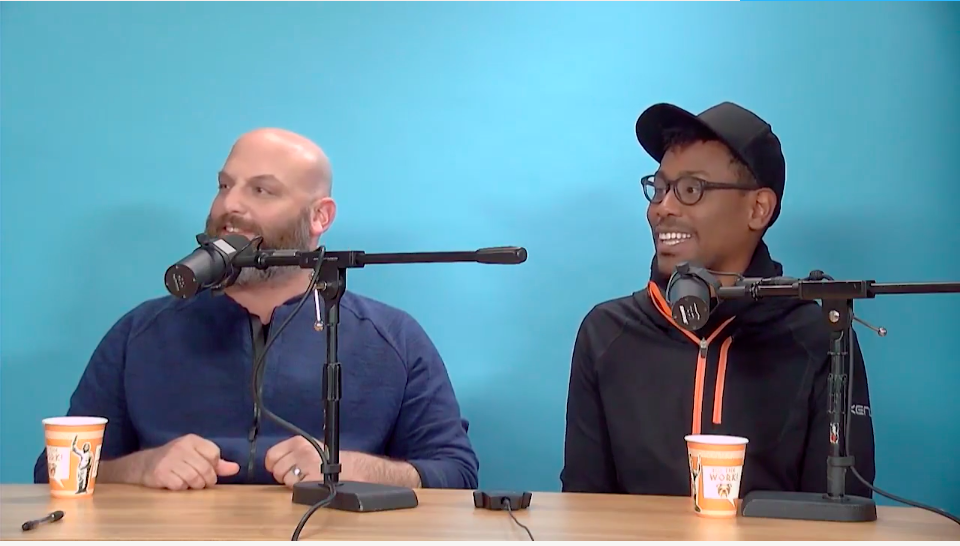 The only system you need to run your business. To get your free guide called “Crushing the 5 barriers to growth” go to NetSuite.com/ANGEL

As populations grow, and climates change, could cities be our salvation? With the right infrastructure, urban areas or megaregions can be the most carbon & economic efficient habitations. But cities face countless problems, in housing shortages, broken transportation, overflowing waste, and more. With Urban.us, Shaun Abrahamson & Stonly Baptiste seed startups solving for challenges to make our cities better and our futures more hopeful. Shaun & Stonly talk to Jason about what they’re working on, why cities are so critical, what they look for in startups, which problems they are tackling, and much more.
Timestamps

0:01 Thank you to Netsuite for supporting Angel. Go to http://netsuite.com/angel to get your free guide called “Crushing the five barriers to growth.”

3:29 What is Urban.us and why did you start it? Shaun explains the sectors they like to invest in. And why he decided to launch this city focused fund.

6:12 Stonly shares why he decided to join Urban.us. A story of scratching his own itch and meeting Shaun at the perfect time.

10:09 Why is there an increase in young people wanting to live in cities? Shaun explains his belief, which relates to the social aspect of being close to opportunities.

11:20 Why are the areas around major cities becoming more viable as a place to live? Stonly explains the development of mega regions, and the urbanization of suburbs.

14:26 What stage do you like to engage with founders? Shaun shares his sweet spots in seed investing, funding both pre-launch and post-launch companies.

17:00 What qualities do companies need to have in order to raise a successful series A? Stonly shares the important metrics that accurately show company progress.

18:52 Advice to entrepreneurs trying to sell to governments. Stonly believes it is a binary decision, and depends on what kind of company they want to build.

22:16 Thank you Netsuite by Oracle, for supporting the show. Go to http://netsuite.com/angel to get your free guide called “Crushing the five barriers to growth.”

24:41 Housing, homelessness, affordability. Shaun shares what Urban.us is doing to counter these problems, along with the companies they’ve invested. Also, Jason and Shaun are co-investors in Blockable.

39:08 Jason advises startups to not call themselves a benefit corporation. Shaun shares a similar view to Jason.

42:15 Jason explains the inefficiencies associated with maintaining bus lines, and why cities should push for Uber Pool / Lyft line models.

43:54 Do Mayor’s have real power to bring real change to cities? Shaun explains why it is extremely complicated.

46:21 Should people be allowed to park on streets? Jason doesn’t think so, and offers his alternative. Also, Jason explains dynamic pricing being introduced in San Francisco.

50:25 What do you think about Airbnb, and the increase of rideshare demand in cities?

53:10 What is the craziest pitch you’ve gotten? Stonly shares a “teleportation” pitch he received. Jason shares his most out of the park pitch.

57:04 Stonly and Jason talk about the small percentage of secondary consequences/side effects that companies can create. For example, Facebook and Russian campaigns potentially swinging an election.

1:01:01 Thank you to Shaun and Stonly for coming on the show. And thank you to Netsuite for supporting.