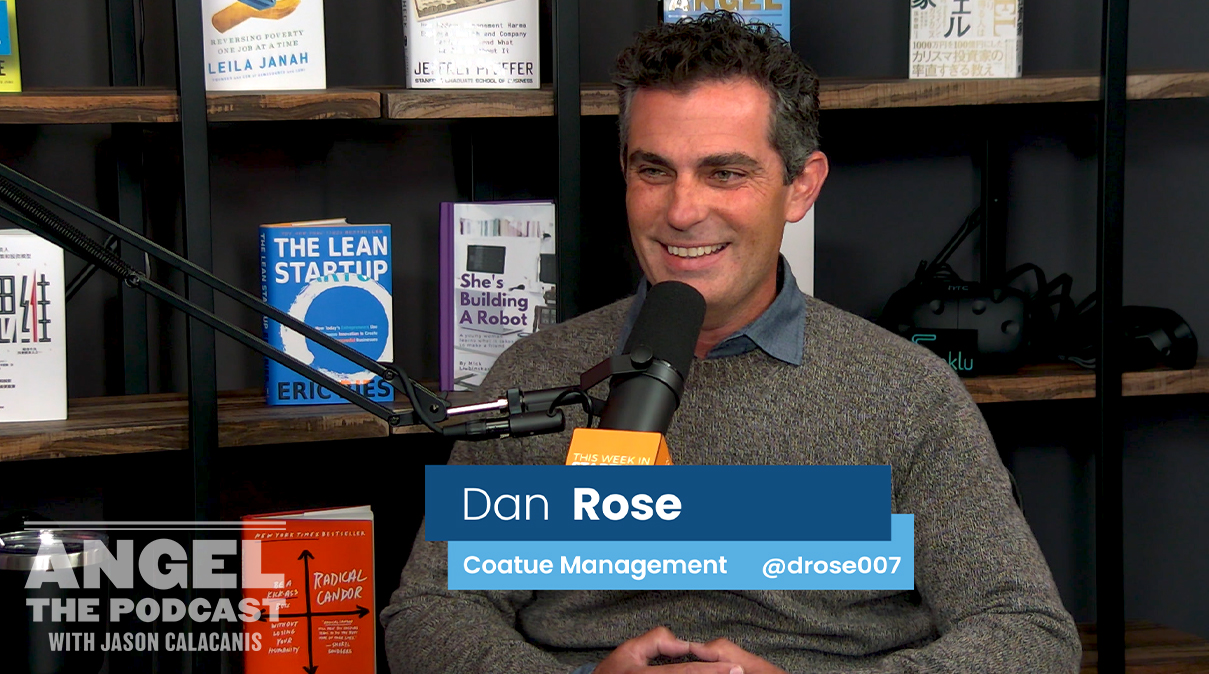 Assure is the leading provider of Special Purpose Vehicles and Fund Administration with over five thousand completed transactions and 2.5 billion dollars under management. Angel listeners can get 20% off their first SPV at Assure.co/angel.

Zeus Living gives you a place to come home to. For trips of 30 days or more – stay with Zeus for beautiful, thoughtfully furnished housing. Go to zeusliving.com/angel for $200 off your first booking.

You already know LinkedIn as the world’s largest professional network. It’s also a better way to find great talent. Go to LinkedIn.com/Angel and get a $50 credit toward your first job post. Terms and conditions apply.

Dan Rose, Chairman at Coatue Management is leading a $700M early-stage fund, shares insights on working with Bezos & Zuckerberg during pivotal years at Amazon & Facebook, 100+ angel investments, standout founder traits & more
0:50 Jason intros Coatue Management’s Dan Rose
1:52 Dan takes Jason through getting his internship at Amazon in 1999 and meeting Jeff Bezos
6:55 What was Amazon’s core business in 1999? What was it like incubating the Kindle in the mid-2000s?
10:04 How did Bezos grow as a leader and businessman during Dan’s tenure at Amazon?
18:21 How does Bezos’ ability to turn Amazon around in the eyes of public investors relate to Uber, Lyft and other large & unprofitable companies? How does Bezos inspire so much loyalty?
23:27 What was Amazon’s company culture during Dan’s tenure? How was AWS developed?
26:08 How did Dan wind up at Facebook as employee ~130? What did he see in a young Mark Zuckerberg?
32:13 Who created the original Facebook News Feed?
35:34 How did they get the ad-network to work at scale?
42:50 Where do Elon, Bezos & Zuckerberg rank in the Pantheon of Entrepreneurs?
44:06 How did the billion-dollar acquisition offer from Yahoo! fall apart?
46:42 Why launching open registration led to the billion-dollar investment by Microsoft
48:30 Insights on the Instagram deal
51:00 How Facebook bounced back from the stock dropping from $31 to $17 shortly after IPO & how Dan’s experience at Amazon helped him rally the troops?
58:44 Zuckerberg’s response to mistakes
1:03:01 How did Dan wind up at Coatue Management leading a $700M early-stage fund?
1:08:01 What is Coatue’s strategy around data science?
1:11:20 Dan had over 100 Angel investments before joining Coatue
1:13:18 What is Coatue’s new fund strategy?
1:16:09 How does Dan think of diligence in regards to early-stage companies?
1:20:25 What does Dan want to see in an ideal founder?