Deprecated: File Theme without header.php is deprecated since version 3.0.0 with no alternative available. Please include a header.php template in your theme. in /home/thiswee/public_html/wp-includes/functions.php on line 5579
 E931: JFrog Co-Founder & CEO Shlomi Ben Haim shares lessons from growing his DevOps unicorn, helming massive growth, hitting essential milestones from Series A through D, integrating valuable acquisitions, & leading the future of security | This Week In Startups 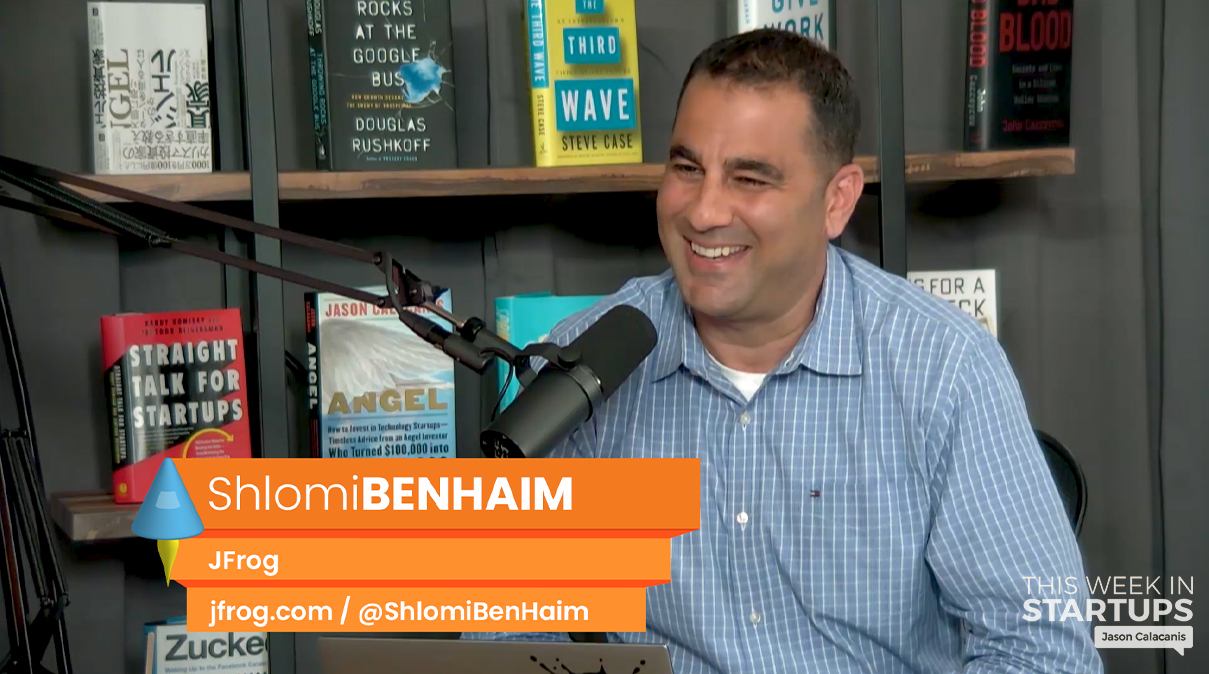 Linkedin. A business is only as strong as its people, and every hire matters. Go to LinkedIn.com/TWIST and get a $50 credit toward your first job post.

Rippling. The world’s first way for businesses to manage their HR and IT in one system. If you’re looking for an easier way to onboard and supercharge new employees, go to rippling.com/twist and get 20% off.

Pilot.com. Pilot takes care of your bookkeeping from start to finish so you can focus 100% on making your business succeed. Go to pilot.com/twist for 20% off your first 6 months of Pilot Core.

0:43 – Jason introduces Shlomi Ben Haim who explains what JFrog is, the downsides of releasing software updates so fast, and the business model of JFrog.

10:05 – Jason thanks sponsor LinkedIn. Claim a $50 credit toward your first job posting: linkedin.com/twist.

11:34 – Moving the company to the USA, how JFrog received VC funding, the difference between a Series A and D, and paid product vs. open-source product.

19:59 – Jason thanks sponsor Rippling. For an easier way to onboard and supercharge new employees, go to rippling.com/twist and get 20% off.

21:38 – Conversations about living in Israel, and Amazon as both a customer and a competitor.

27:17 – Thinking about an IPO and acquisitions, and integrating acquired companies.

36:15 – Educating developers to keep up with demand and inspiring young people entering the field, and the current security/hacking situation.