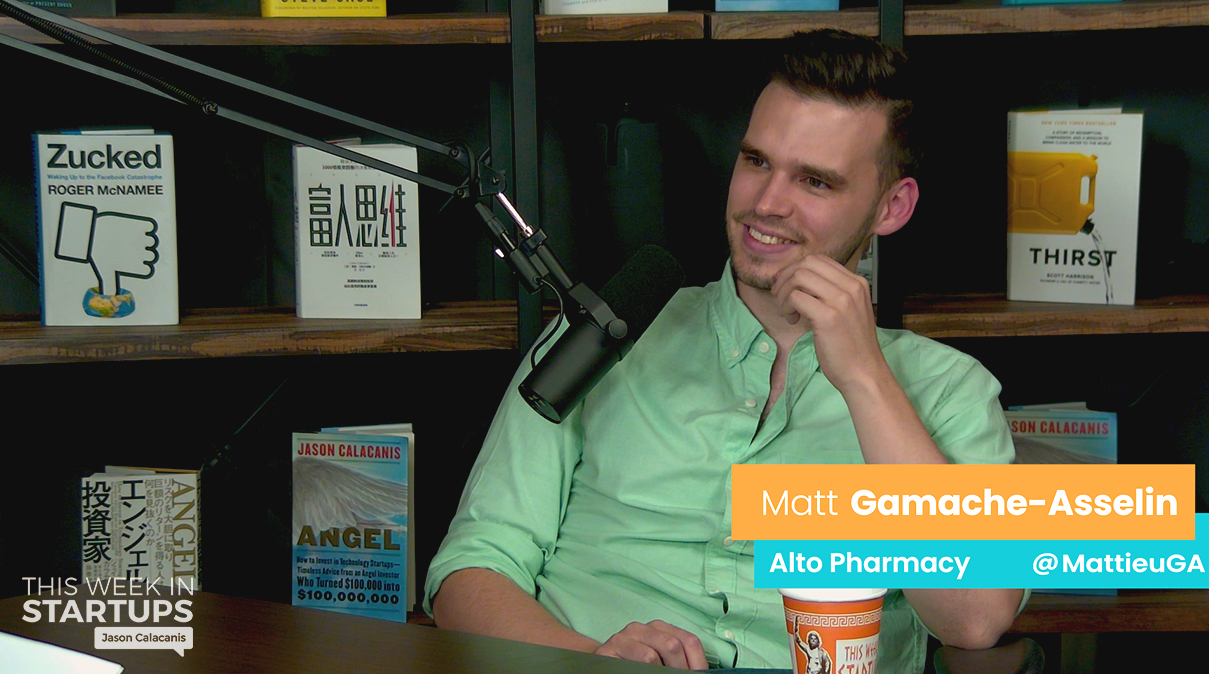 The Embroker Startup Insurance Program helps startups secure the most important lines of insurance, at a lower cost, and with less hassle. Get an instant quote, and $5000 of AWS Credits when you become a customer at Embroker.com/twist. While you’re there, get 10% off your policy costs by using offer code TWIST10.

NetSuite, by Oracle. The business management software that handles every aspect of your business in an easy to use cloud platform. Get NetSuite’s FREE guide “Seven Key Strategies to Grow your Profits” when you go to NetSuite.com/TWIST.

LinkedIn. A business is only as strong as its people, and every hire matters. Go to LinkedIn.com/Unicorn and get a $50 credit toward your first job post.

0:51 Jason intros Mattieu Gamache-Asselin
2:52 Changing from ScriptDash to Alto Pharmacy
4:19 Meeting and working with Twitch founder Justin Kan in the early days of Alto
6:51 Message to HBO’s Silicon Valley writing room
7:26 Working out of Justin Kan’s house
8:15 Why are pharmacies broken? How is Alto fixing them?
14:25 How did Alto’s team architect a 1.0 version of their pharmacy?
21:44 US Healthcare is broken due to bad incentive structures
28:23 Does Alto compare to Hims and Roman?
32:24 What are Alto’s profit margins?
35:00 This Week in Cinema: It’s a Wonderful Life
39:07 Maintaining balance between being scrappy/aggressive while also abiding by all medical regulations
39:54 How has Alto scaled so far?
45:55 Who is responsible for the opioid crisis?
51:24 What is Alto building to combat the crisis?
53:27 Trading short-term gain for long-term gain
56:56 How Alto was initially received among investors
1:01:03 This Week in Cinema: The Mission
1:04:30 What skill does Matt think many founders lack?
1:07:02 Operational excellence in former Amazon executives
1:13:49 #1 Lesson that Matt has learned since becoming a founder