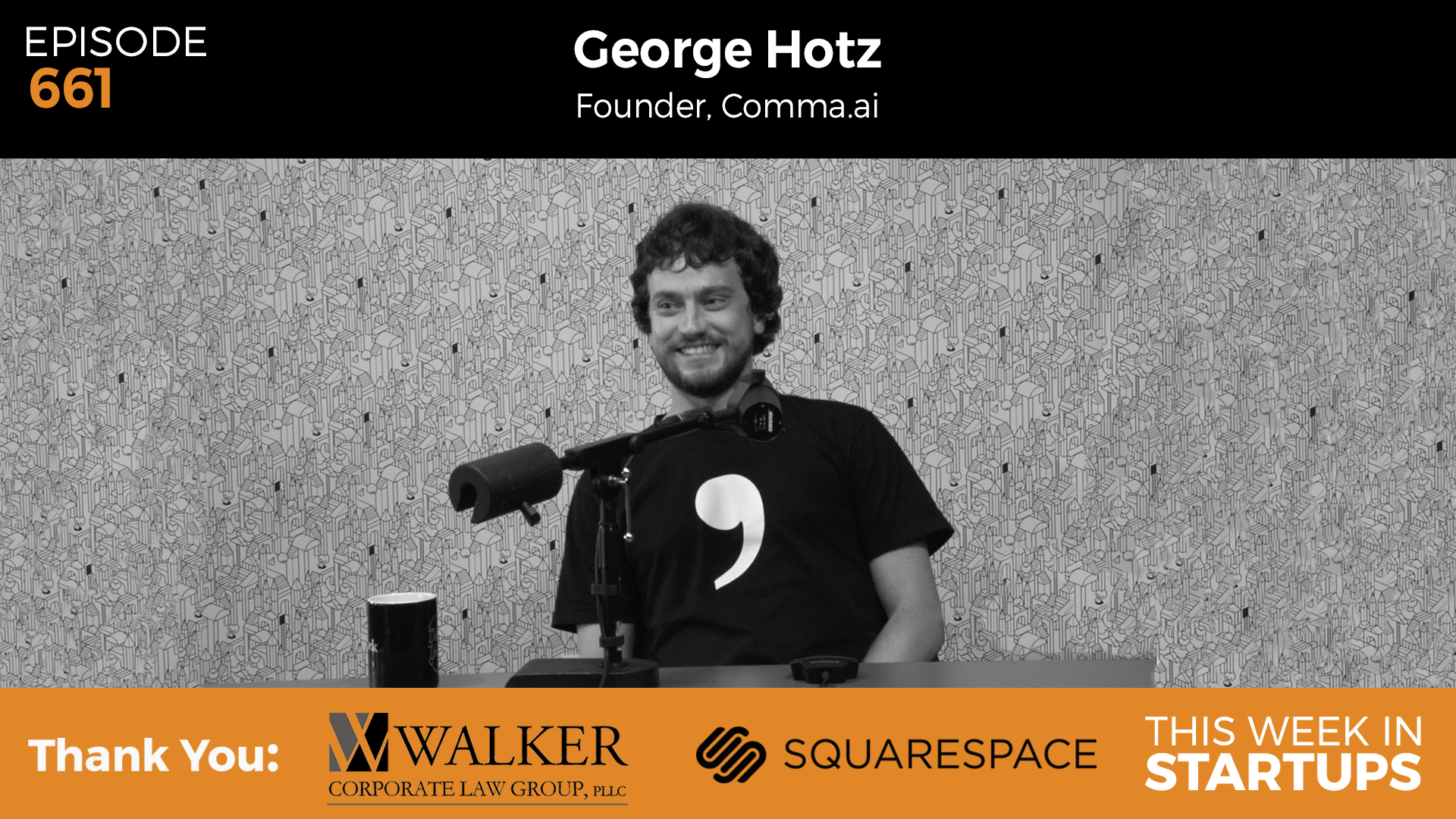 George Hotz is known for unlocking the iPhone and PlayStation, but most recently, as being the founder of Comma.ai, an autonomous driving startup.  He and his team built a driver assistant system that will get increasingly more sophisticated, also known as Level 3. George deconstructs the core components of his technology, and explains how it can compensate for human error in driving. And paired with the up-and-coming phone app called Chffr, soon, they will have technology where you can compare data and optimize your commute. His success has much to do with his philosophy of staying open–to build prototypes, to get it out there, and to move the world forward.

Assistant system, not a self-driving system

The beta version of Chffr premiered on 7/22.

You don’t need to reinvent the wheel

The way the system learns is by watching people drive. It picks up on intuitive clues, and tries to mimic that. Stop trying to invent a new way of driving. The great thing about his technology is that it doesn’t involve a massive install of a lot of people, but instead, complements existing ways of driving.

The core components of the technology

The technology behind George’s autonomous driving startup consists of a single camera and a single radar. For their early launch, they will only be supporting cars that already have radars inside of them, but they will be asking the user to install a camera by the dashboard. They use Deep Learning to process the picture from the camera, and from there, they get the predicted path of where the car should go, where the lanes are, and where other cars and pedestrians around you are. The radar provides an exact following distance behind a car.

Comma.ai is planning to release an app called Chffr, which is like Dropcam + FitBit for cars. It’s a dashcam that records the camera the whole time you’re driving, uploads to cloud, and then you can click on map and see what car was seeing, speed, etc. Like FitBit, you track all your drives over time. Soon, they will have technology where you can compare data and optimize your commute. The plan is to have the world teach their car how to drive–all of this data (pictures and paths) given this picture, where should I drive the car?

If you have it, show it

His philosophy about building prototypes, getting it out there, and moving the world forward, and not about being secretive. There is no downside to being open if what you have is real. “Investors and people at large need to start realizing that secrecy is inversely proportional to coolness. The more someone is being secretive, the less they have.” This is reflective in Google and Tesla.

01:08-02:37: Jason introduces his guest, George Hotz, and asks him to share his thoughts on when he thinks the majority of miles in a major city will be done autonomously, and how close the technology is.

02:38-05:39: George walks us through demo video and explains the core components of his technology.

06:57-12:58: Jason and George discuss the recent accident involving a car with self-driving technology

17:30-19:02: The way the system learns is by watching people drive. Picks up on intuitive clues. George talks about the challenges to doing this in a city and the role that localization plays.

22:57-24:39: George points out that you do not want your intelligence on the road, you want it in the car. Look at way people drive cars and try to mimic that. Stop trying to invent a new way of driving.

30:39-36:19: George explains the project he worked on for Elon Musk, which was a 12 million dollar contract to build a Mobile Eye replacement.

36:20-38:30: George clarifies how trucking and commuting are very different problems.

38:31-39:59: Why the Google car has been rear-ended so many times–it’s following the rules of the road, the average human driver is not.

59:30-62:00: His philosophy about building prototypes, getting it out there, and moving the world forward, and not about being secretive.