Deprecated: File Theme without header.php is deprecated since version 3.0.0 with no alternative available. Please include a header.php template in your theme. in /home/thiswee/public_html/wp-includes/functions.php on line 5579
 E690: Redfin CEO Glenn Kelman on reinventing & revitalizing real estate for the consumer; Pear Founding Partner Pejman Nozad on his journey to America, from selling carpets to building a $20b portfolio | This Week In Startups 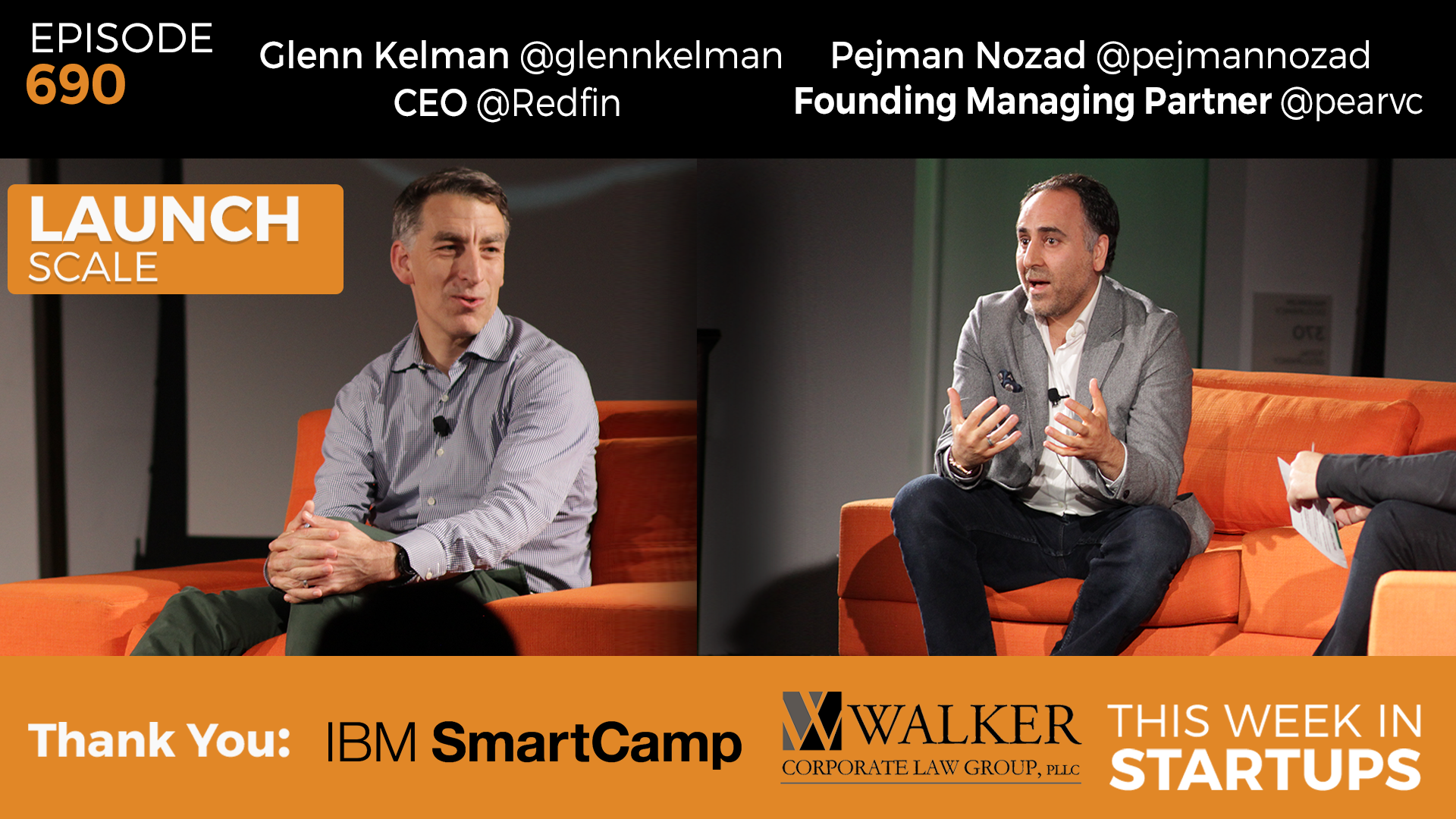 Filmed at 2016 LAUNCH SCALE, Glenn Kelman of Redfin and Pejman Nozad of Pear.vc sit down with Jason and share how their stories of staying obsessively focused and persistent led them to building great companies. Glenn Kelman demonstrates how Redfin is reinventing real estate in the consumer’s favor, with the goal of restoring honor to the otherwise underappreciated profession. Then, Pejman Nozad takes us on his 20-year journey that started when he got a job at a car wash in San Jose while living in an attic above a yogurt shop, to then selling rugs, closing sales — $8 million worth of rugs in his best year — and starting a tech venture fund.

22:15: When was the tipping point for when this is going to work?

24:07: Name a great brand built by someone entirely rational

28:37: Figure out why you’re thing is a good thing, not just a money-making thing

51:05: Pejman talks about types of people he looks for in startups

54:30: Founders need to be obsessively focused and persistent

56:29: Vision – How do you guide founders to have both the big vision and solve a real problem?

57:00: Pejman reveals a company that pitched to him at the rug store that he now regrets passing on

01:00:06: What’s your biggest personal challenge in life these days and how do you try to tackle it?

01:00:51: Did the trojan horse factor play a role in venture capitalism?