Deprecated: File Theme without header.php is deprecated since version 3.0.0 with no alternative available. Please include a header.php template in your theme. in /home/thiswee/public_html/wp-includes/functions.php on line 5579
 E822: Misty Robotics Founder Ian Bernstein (fmr Sphero) intros his programmable robot Misty II, & shares insights from developing BB-8, inspiring next generation with STEM education & creating the future of personal robots | This Week In Startups 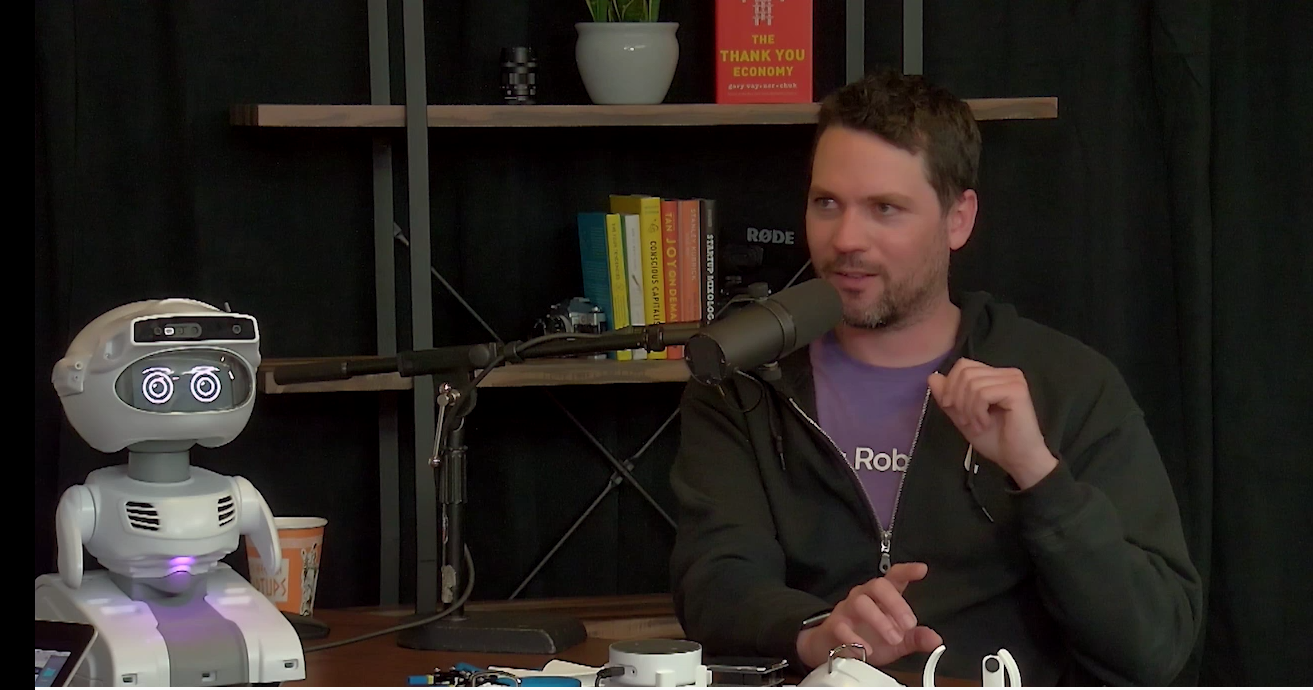 Promo code for TWIST listeners get $100 off Misty II before May 31. mistyrobotics.com/thisweekinstartups

11:55: Jason thanks sponsor Weebly. Visit weebly.com/twist for 15 percent off your first purchase.

15:05: Ian talks about the history of generalized robotics and and the inspiration to create Misty Robotics. He also covers lack of consumer readiness as a cause for market failure. He says companies like Amazon are paving the way for more advanced home robotics by building useful AI and familiarizing people with it.

20:14: Ian demonstrates the Misty robot. Currently targets developers without robotics experience. The robot is programmed via JavaScript. He lists available functions, including 3D mapping, navigation, voice interaction, computer vision, more. Misty is designed to be hackable in terms of software and hardware. The company is letting developers build whatever they choose right now, but will establish a more controlled system later.

25:53: Jason thanks sponsor LinkedIn. Visit linkedin.com/thisweekinstartups for a $100 a credit.

29:00: Jason and Ian talk about marijuana use at work and the impact on productivity of getting into a flow or zone.

31:30: Ian says Misty I, the robot his company handcrafts in Colorado, is now available. Misty II will be available in December (on presale now through May 31). It runs $3.2k but it’s currently half off and TWiST listeners get another $100 off. Ian says one of the reasons Misty chose crowdfunding was to build a community, as, he says, most consumer robotics apps will come from third-party developers.

34:21: Jason asks when generalized robotics will expand from the hobbyist tinkerer space into useful functionality for average people. Ian says the tech required for general functionality is just now becoming affordable for consumers. Ian notes Misty will support Cortana, Google Assistant, and Alexa. Also has Arduino integrations. Ian and Jason talk about the power of having an assistant-equipped robot following you around. The pair discusses fun and practical applications.

44:52: Jason asks about Misty Robotics’ strategy in terms of funding, the pace of development, etc. Ian says that while hardware startups are still difficult because the development process is slow and requires several years of runway, investors are becoming more open to it right now. It’s very important to get the right people involved. He says Misty spun out of Sphero in order to focus specifically on home robots.

48:35: Jason lists a series of jobs, asking Ian which ones are best performed by a robot today. For jobs best performed by humans, he asks how long it will be before robots can take over. They discuss what’s currently (theoretically) possible and the importance of 100-percent functionality versus robots that can perform only some parts of a given process.

58:21: Jason asks about the state of robotic arm technology and notes the falling cost. Ian speaks about software improvements making lower-cost arms and hands more precise. Sensors and AI play a significant role in improving precision. Jason asks about advanced prosthetics and Ian talks about brain-computer interfaces for prosthetics and for home robots.

1:02:25: Jason asks Ian what robotics developments in the past year have impressed him the most. Ian says the space is accelerating quickly. Boston Dynamics’ engineering is incredible. The pair discusses applications for Boston Dynamics’ dog-like robot.

1:04:28: Jason asks about Misty in schools. Ian says that in 15-20 years, robotics will be critical for young people coming out of college, so it’s important that children today have some introduction – the same way he was introduced to computers as a child.

Reminder to listeners to visit mistyrobotics.com/thisweekinstartups for $100 off the Misty II.