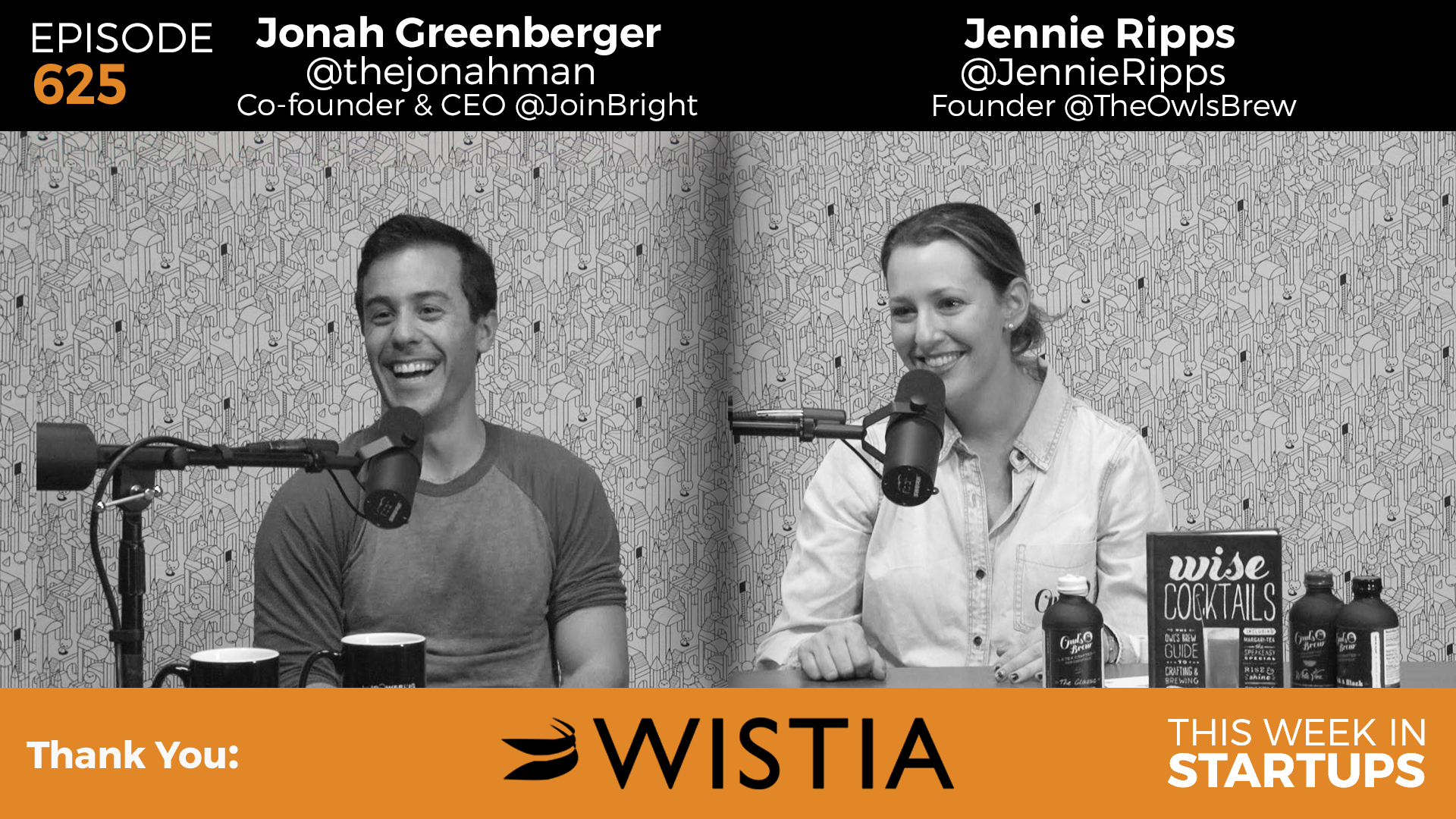 Jason talks to founders of two very different, emerging markets: solar energy and artisanal mixers. His first guest is Jonah Greenberger, whose company Bright is bringing affordable solar power installation to developing countries. It’s a great conversation about the state of solar, both in the US and abroad, and the power of brand ambassadors and providing an entirely new career opportunity to hundreds of students in Mexico. Next up is Jennie Ripps, the creator of the first tea cocktail mixer, Owl’s Brew.

Here are their five biggest lessons to emerging entrepreneurs.

Working in another country? Know the economy

When you’re providing services in developing countries, you encounter all sorts of unique business challenges. Jonah says one of the biggest ones for him has been convincing customers in Mexico to sign a long-term contract. Since the economy suffered a mortgage crisis, homeowners have been reluctant to enter a multi-year contract (even car leases are three years max!) and favor sticking to cash. “We were totally dumb–founded by this at first,” Jonah says. “Solar makes so much sense but the reason it hasn’t taken off in a lot of these countries is because of that emotional aversion to the long-term contract.”

Bring students on board

Bright has found enormous success with its “student ambassador” program. Jonah explains that the way he signs long-term contracts is through hundreds of student ambassadors who tap into their own networks. They’re generally attracted to the social mission, but there’s also a career opportunity there in commissions — Jonah claims his best “ambassador” is making six figures.

Clock in time at all sorts of companies

Prior to launching Bright, Jonah spent time with Chevron and insists he has no regrets about his years with the corporation. “To do an energy company, you have to go to a global company and see how it works,” he says. “I’m biased, I think Chevron has high-integrity people, but it’s a job. They’re working to make money and help the economy.”

Jennie, like a lot of new company founders, couldn’t handle manufacturing all on her own, so she brought a co-packer in to help with Owl’s Brew. Her co-packer receives all labels and bottles that she orders from a third party, then uses her formula to mix and seal bottles for her. Generally, they’ll take a small tolling fee (i.e. $1-3) per case. There is, of course, some uneasiness about sharing your formula, but Jennie insists the right co-packer will set you at ease.

Establish yourself as a brand

Although finding a co-packer you trust is key, Jennie says one of the biggest ways to defend yourself from potential formula swiping is to make yourself a recognizable brand that people love. “We’re the first tea-based cocktail mixer to market,” she says. “It’s awesome, but it presents a lot of challenges because people don’t know what it is. They don’t understand.” She’s been combating this with several partnership (including a marketing one with Diageo) and an original book full of recipes and mixing tips.

5:11-6:30: Jonah explains the fine details of Bright, including the cost to consumers and storage.

6:32-8:29: Jason asks Jonah how long he’s been working on Bright, and how it’s been received in developing countries, where the economies are all-cash and people are wary of long-term contracts.

15:54-18:05: Jason asks Jonah how many homes Bright has worked on, then plays a company video about the Bright student ambassadors.

25:00-26:40: Jason and Jonah talk about Bright’s enormous growth, and its benefit to the Mexican economy.

26:49-27:44: Jason asks Jonah how the Bright student ambassadors can convert their positions into comfortable jobs

32:52-34:20: Does the drop in oil prices affect electricity prices? Jonah explains why that’s a common misconception.

41:04-43:38: What happened to Bloom Energy, and what is it? Jonah shares some insight on his former employer.

46:45-48:34: After Jonah reveals the Bright HQ is in Mexico City, Jason asks about the stability and safety of the city.

48:59-52:16: Jonah and Jason debate the ethics of working for an oil company, and the rewards of switching over to a solar energy startup.

55:36-57:35: Jason asks Jennie how she came up with the idea to make tea mixtures for cocktails, and what kind of ingredients she uses.