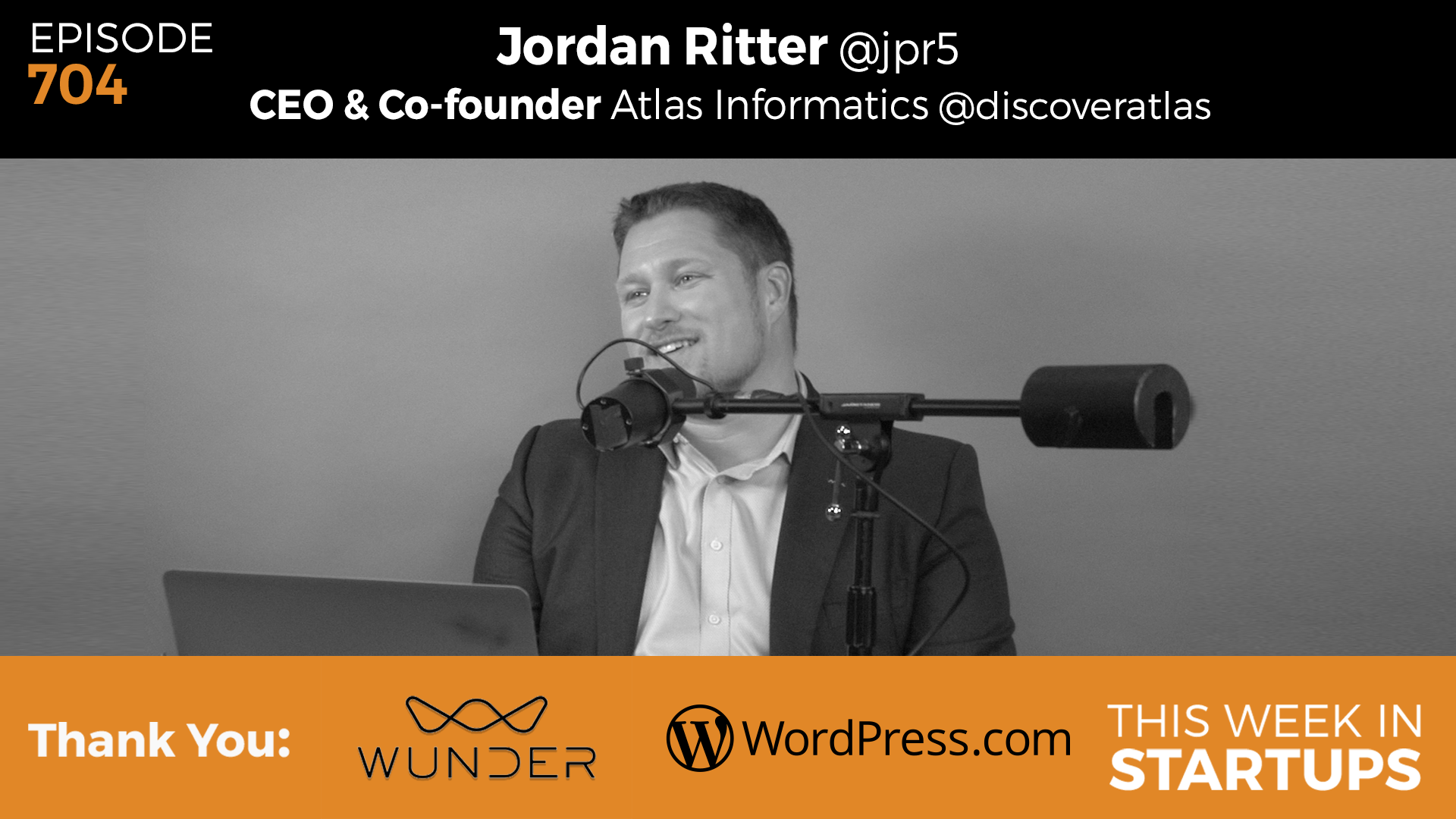 An award-winning platform to invest in solar energy projects across the U.S. Earn up to 8.5% annually while diversifying your portfolio, curbing pollution and combatting global climate change. Create your free account at wundercapital.com/twist.

Right now, WordPress is offering you 27% off of Premium or Business plan. To create your small business website today, visit WordPress.com/twist.

Jordan Ritter is an accomplished serial entrepreneur perhaps best known for co-founding Napster, the controversial file-sharing company that fundamentally changed the music industry. He shares about the inspiration behind the music-streaming site, the key role he played in helping it scale, the pivotal moment that lingers in his memory during the craze, and the most important lesson he learned there. Currently, he is the CEO of Atlas Informatics, a startup in Seattle with an audacious goal to redefine search as we know it. Atlas Recall, the company’s first product, gives you a searchable photographic memory that helps you find everything you have seen across all of your devices, apps and cloud services, and the context surrounding them: when you looked at them, what order you did so in, what other windows and apps you had open at the same time, where you were when you accessed it, and sharing history. Join us as Jason and Jordan discuss this meaningful paradigm shift towards real contextual awareness and machine learning.

02:46: Jordan describes Atlas Recall and why he created it.

19:29: The conversation segways into the more important question about privacy.

24:08: Jason brings up security examples of police attempting to subpoena data from Amazon Alexa and OnStar, and speculates whether we will ever have privacy.

30:24: Jason shares his prediction for the future of Apple.

33:18: Atlas Recall’s mission is to ring in age of contextual intelligence. Major platforms like Google, Apple, Microsoft, Evernote, dropbox are currently silos without context and are missing a complete picture of the user.

37:55: Atlas Recall builds contextual notions, and this is where AI/Machine learning comes into play.

49:22: Jordan talks about his early days at Napster and working with Shawn Fanning, the pivotal moment that lingers in his memory during the craze, and the most important lesson he learned there.

54:39: Was there any way Napster could have survived having been so innovative and early for its time?

56:56: Jordan talks about Travis Kalanick calling him about Scour.

01:07:26: Atlas Recall is for consumers first, because you can’t build a business if the users don’t find it valuable.