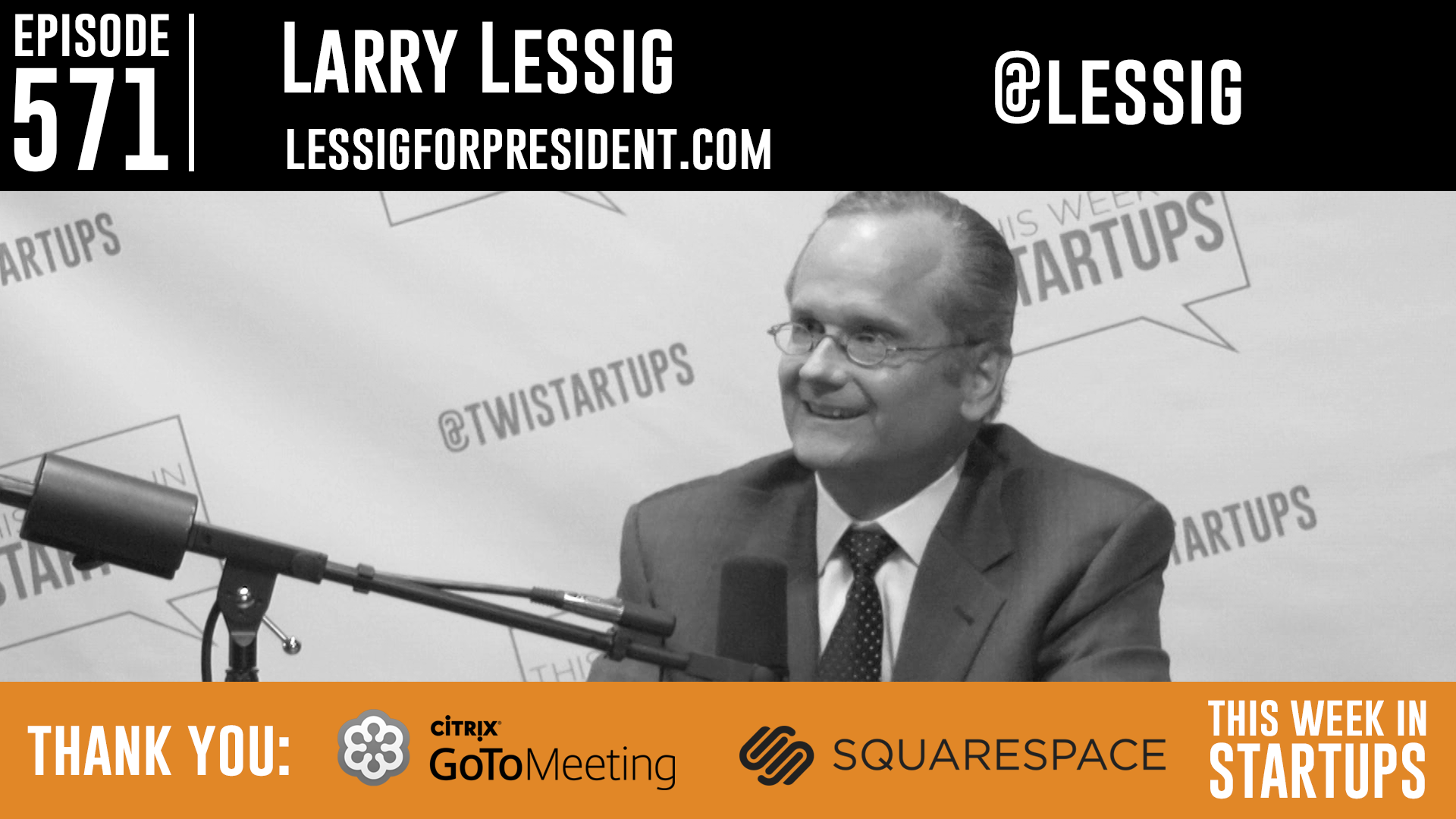 Jason’s guest today is Larry Lessig (Harvard law professor, co-founder Creative Commons, and political activist) who just launched his latest incredible endeavor: an exploratory campaign to run as the Referendum President in 2016, to fix our nation’s corrupt campaign and restore representative democracy. If Larry raises $1m by Labor Day, he will officially run. (Check out his crowdfunding campaign at lessigforpresident.com!) Larry stops by the studio during his campaign tour to talk with Jason about why his wants to run for the country’s highest office and his bold vision for implementing change — including his intention to serve only one day as President, just long enough to sign campaign reform into law and then turn the reigns of power over to his VP. It’s an amazing conversation about corrupt government, what we should expect from a democracy, how far we’ve fallen, the solutions to turn it around (and the time is NOW), economic elitism, an unforgiving criminal justice system, progress in changing copyright laws, Larry’s shortlist for VP (a very important choice considering his plan!) — and MUCH more. You don’t want to miss this.

Special thanks to the members of the TWiST Backchannel!

The best team communication tool built for business. HipChat is free and HipChat Plus, including screen sharing, is free for 6 months for the first 1,000 listeners at hipchat.com/twist.