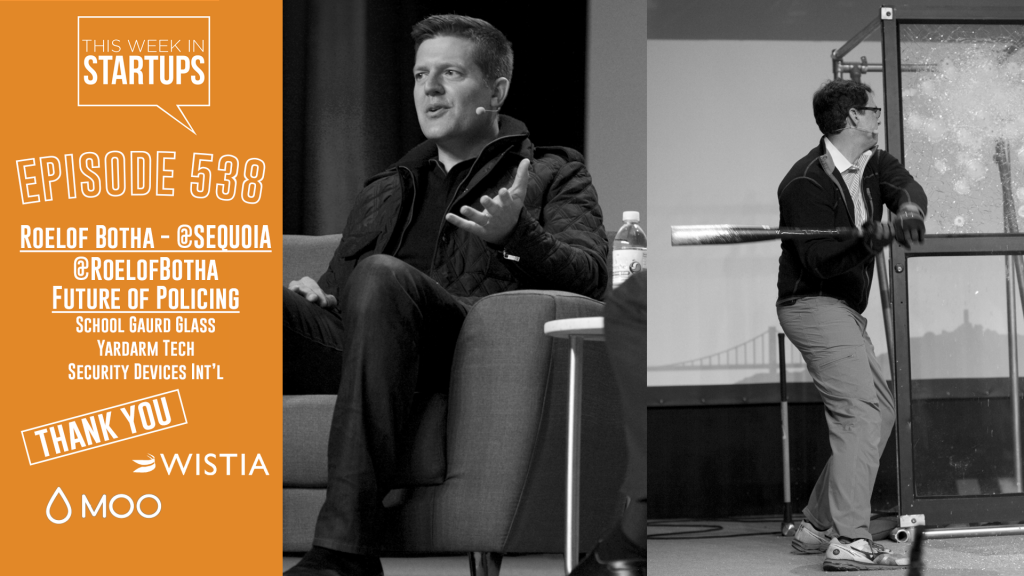 MOO is an online print and design company that helps you stand out from the crowd. MOO creates premium quality, customizable business cards, and promotional materials. Visit moo.com for more details.

An exciting two-parter from the 2015 LAUNCH Festival! Jason first sits down with Roelof Botha, Partner at Sequoia Capital & former CFO of PayPal. It’s an awesome conversation during which Roelof reveals many secrets of his successes, including the wild ride investing in YouTube (when it had only 9k users), his strategy of asking questions and not giving answers, holding onto winners as long as you can (even past its IPO), the ins and outs of WhatsApp’s rounds, what three companies Roelof wishes he had a stake in, how accelerators and angel investors are good for the SV ecosystem, the Sequoia Scouts, and much more! Next up is the “Future of Policing” panel, with a riveting discussion and demonstration of cutting-edge security technologies from School Guard Glass (protective, bullet-proof glass for schools), Yardarm (the world’s first wireless sensor for firearms), and Security Devices International (non-lethal weapon ammunition).