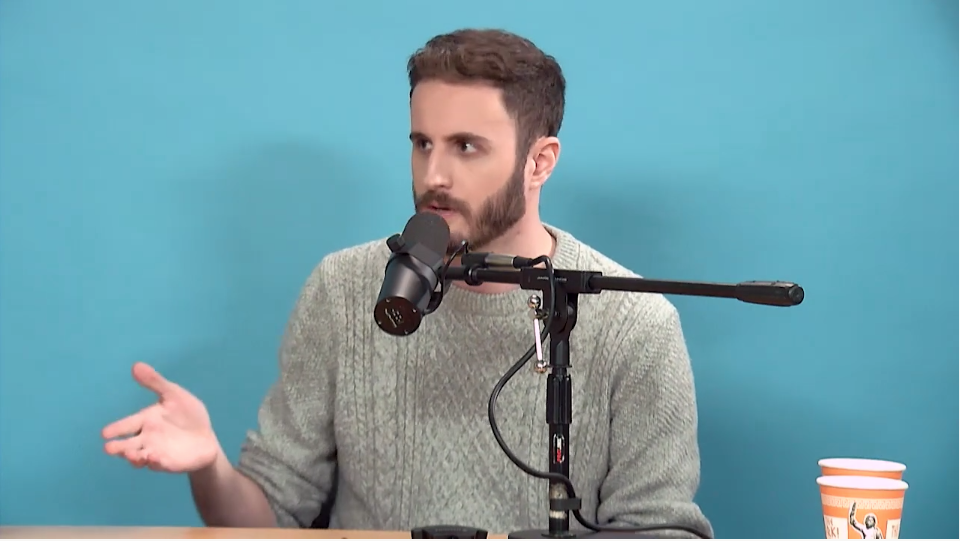 Life is too short to spend looking for your wallet and keys. Save that precious time and get TrackR. Go to TheTrackR.com and enter promo code TWIST to get 20% off any order.

Fish consumption is on the rise, but the earth’s exploitable fish supply is dwindling. And becoming more polluted. And expensive. Finless Foods is looking to solve this scarcity with biotechnology. CEO Mike Selden explains his clean fish, an affordable, healthy, sustainable seafood he’s growing with cutting-edge cell culture tech. And Jason tastes it!

0:38 Introduction to the episode. Topic of discussion: population growth, increased protein consumption, and how Finless Foods is looking to solve the scarcity of fish.

3:58 Mike explains a current problem that is happening throughout the world. And why fish production has been so stagnant.

5:59 Are Fish Farms good/bad? Mike shares the truth, and explains the positives & negatives associated with them.

7:56 Jason and Mike discuss the issues with keeping fish in close quarters (aquaculture facilities), resulting in an increase of bacteria, ultimately leading to diseases.

9:56 Why did you decide to create Finless Foods? Mike explains his background, what he studied / specific areas of interest, and how he met his Co-Founder.

13:23 Thank you to eero for supporting the show. Go to http://eero.com/ and use promo code: “twist” to get free overnight shipping.

16:18 Jason says he will write a sequel to Angel the book, once he receives 1000 reviews! http://angelthebook.com

17:57 Jason asks Mike if he is more concerned about the ethical v environmental aspect of killing animals. Mike shares a comparison of going fishing and killing a fish to eat v eating a hamburger, and why the latter is much worse.

19:23 Mike: “People who hunt or fish, are getting their meet with the least amount of animal cruelty.”

20:46 When will Finless Foods be able to produce/replicate high-end fish? Mike explains when they plan on reaching market.

22:22 Where is the meat industry in terms of creating equivalent to high end beef? Mike explains the additional problems associated with beef.

24:16 Jason shares his thoughts on eating the Finless Foods Branzino. “I don’t think I could tell a difference.”

26:24 Are there complexities to recreating different types of fish? Mike explains that there hasn’t been any difficulties yet. Also, why he wants to produce Bluefin tuna.

28:41 Thank you TrackR for supporting the show. Go to http://thetrackr.com and use promo code: “twist” to save 20% on all orders.

31:03 Sign up for TWiST email list to get secret invites to live episodes. Also, Jason explains the future of TWiST – exciting news.

35:49 How does Finless Foods create “clean fish”? What is the the process behind Finless Foods? Mike explains exactly how they are able to recreate the fish.

40:08 Mike shares what Finless Foods is looking into and planning to make in the near future.

42:40 Can you determine how much protein you put into your products? Mike explains why Finless Foods has more control than an aquaculture/wild-caught setting.

44:18 Jason and Mike explain where the world is moving with technology & food, and how there will be a shift to cheap high-end foods.

46:47 What will Finless Foods price their fish at? Mike shares their pricing structure for when they release product into market around 2019.

50:25 How much $ did Finless Foods raise? Mike shares his current seed round details, and plans to run a Series A round in 2019. And also shares the type of people they’re looking to hire.

53:59 Mike shares the unexpected positive experience that he’s had with incumbents/competitors.

56:24 Jason explains the truth about why Corporate America lacks in innovation/multi-generational thinking.