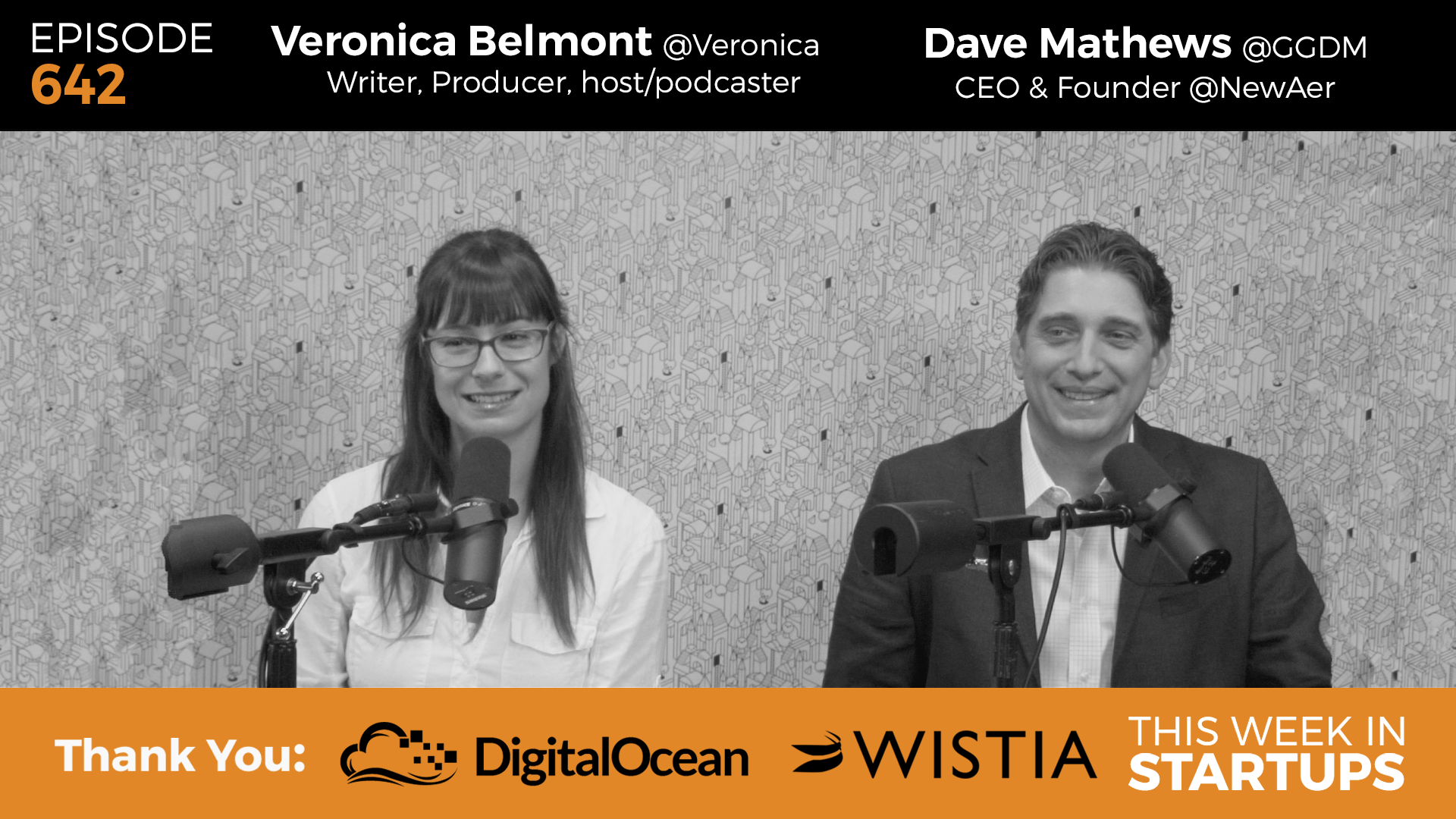 Episode 642 of This Week in Startups is a News Roundtable featuring Dave Mathews, Founder and CEO of NewAer, and Veronica Belmont, writer and host of the extremely popular tech podcast The Sword & Laser. Jason leads the discussion on topics ranging from the reinvention of chat bots to the cutting edge of the 4D experience in AR/VR. With an off-the-cuff ‘Dueling Banjos’ segment on Alexa vs. Siri, this episode is a must see.

Veronica makes an important point on the sacrifices we make as we continue to become more and more ingrained in technology, particularly in relation to privacy. While we value privacy, we also recognize that we have to give up certain aspects of that privacy in order to allow the technology that we use to work in the way that we want it to. Examples include apps like Swarm and Foursquare, which enable ‘check in’ features that track our movements, and in return give us notifications for events and establishments that we want to know about. We not only consent to this type of tracking, but actually contribute to it openly.

Dueling Banjos: What do you use Alexa for?

Jason and Veronica go back and forth praising the Amazon Echo voice command bot. Veronica gets her headlines every morning by simply saying, “Alexa, what are the headlines?” Jason likes to ask Alexa to play him podcasts. They both use Alexa for timers when cooking. In the midst of this duel on bots, Dave points out that you can do all the same stuff with Siri. This sparks a new debate in which Veronica and Jason both agree that Siri just doesn’t feel as smart or as helpful as Alexa.

Gizmodo broke a story yesterday that claims that Facebook had been filtering their ‘trending’ section to leave out stories from traditionally conservative media outlets. While Veronica doesn’t necessarily see an issue with it, Jason feels that this kind of behavior infringes on the excluded party, in this case American conservatives. Although he doesn’t particularly agree with the beliefs or values of conservatives, he truly believes that as the staple of the internet Facebook has an obligation to maintain an unbiased network and allow the algorithm to decide what news stories are objectively ‘trending.’

Jason wonders if the CEO, Jack Dorsey, has too much of a social agenda within the mission. Veronica believes the reason for the recent lack of growth for the social media giant is a combination of users not really knowing what to do with it and the availability of other platforms that are simply more fun to use.

The cutting edge of virtual reality

The group watches a first look at The Void, a 4D virtual reality experience. The future of AR/VR is here, and we are in for a wild ride! Jason, Veronica, and Dave are unanimous in their excitement for this new product. They discuss the probable applications of AR/VR outside of the video game sector in the coming years. But then, their excitement dwindles while watching the next VR product on their deck, and are collectively less than impressed.

2:19-10:56: The first topic of the afternoon is the story about Twitter turning off Dataminr, closing the ability for government agencies to access their database.

34:21-41:00: The next big topic is the breaking Gizmodo story on Facebook filtering conservative media outlets in their trending topics sidebar.

41:00-43:35: The roundtable discusses the disparity between conservatives and liberals in Silicon Valley.

43:35-45:57: Veronica has recently discovered ‘Teen Twitter,’ and the conversation turns to how teenagers are using social media.

45:57-52:23: Jason talks about his 100 day sabbatical from social media, and coming back to troll Trailblazers fans.

55:57-59:50: The group discusses the agenda of the Twitter CEO, and the company’s growth plateau.

59:50-1:02:25: The group becomes collectively excited as they watch the sneak peak at the new virtual reality experience, The Void.

1:06:23-1:09:44: Veronica is taken to “next level nerdiness” as the conversation turns to the history within the world of Game of Thrones.

1:09:44-1:10:45: The roundtable is less than impressed with the next virtual reality product demo they watch.