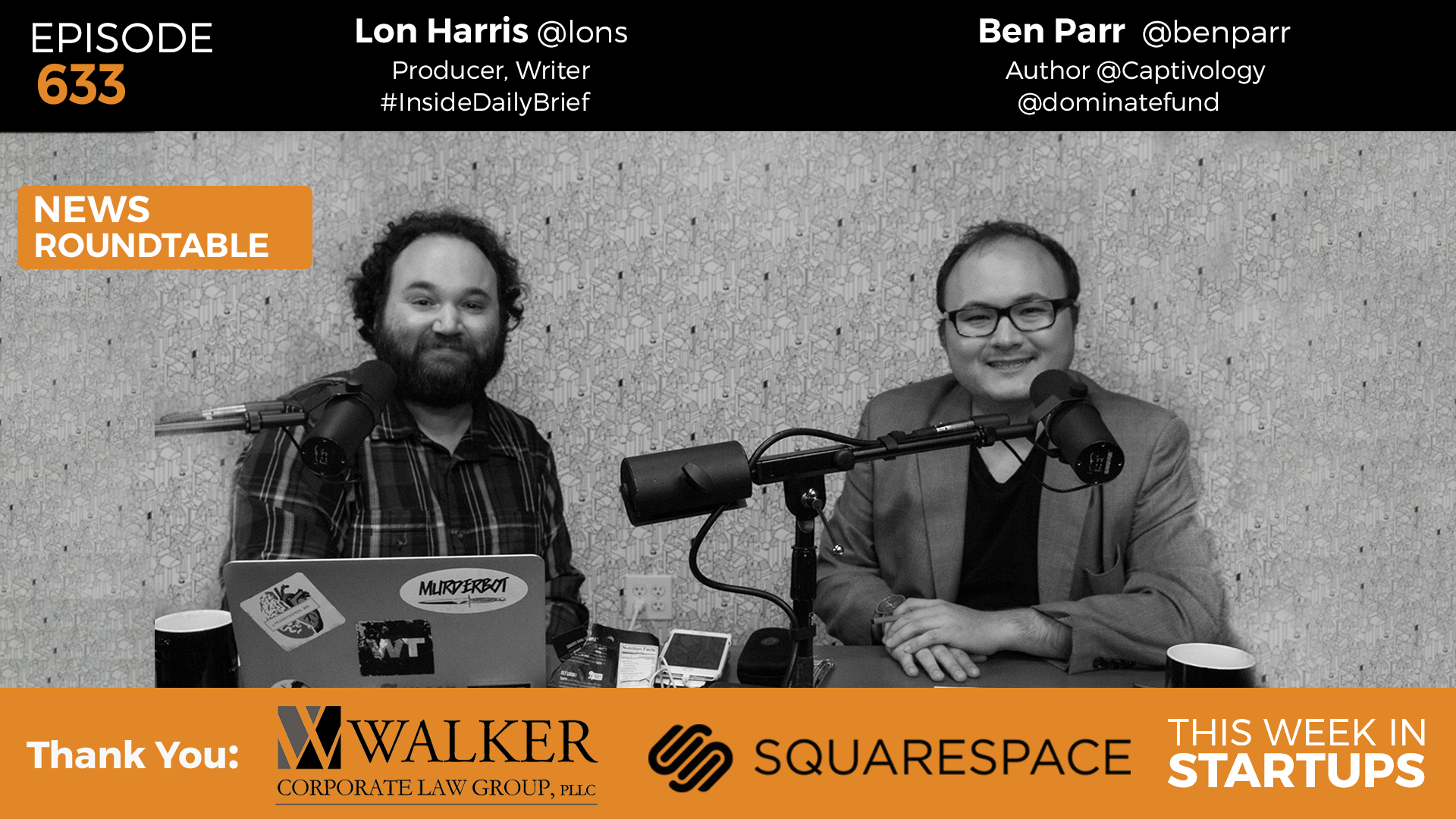 Are Millennials too entitled? Is Artificial Intelligence going to destroy the workforce? What if you had to choose between two presidential candidates you don’t like … ? (Hypothetically, of course.) On today’s News Roundtable, Episode 633 of This Week in Startups, Jason discusses all of these and much more with Ben Parr, author of Captivology: The Science of Capturing People’s Attention, and Lon Harris, Producer and Writer at Inside.com. With topics ranging from the boundaries of free speech and privacy to Jason’s plans for a transportation overhaul as the future mayor of San Francisco, this is an episode you won’t want to miss!

Tay, the unfortunate name of an AI bot on Twitter, whose purpose was to respond as a teenage girl, was immediately scooped up by internet trolls and transformed into “a Holocaust-denying menace openly calling for a race war in ALL CAPS.” However humorous, the issue brought up by the rapid realization of AI cannot be ignored. Ben & Lon acknowledge how the development of this technology will eventually erase cashiers, shipping, and food prep employment. Jason takes it a step further to include the automation of certain white collar jobs as well.

Lon tells us about a story he wrote on a young Yelp employee who got fired after blogging about her “unlivable wage.” However, the story was overshadowed by some obvious mistakes on her social media channels. This naturally leads to a discussion on the possible dangers of raising the minimum wage. Then, Jason gives a detailed description of his plans to fix The City if/when he is elected mayor of San Francisco.

After Hulk Hogan was granted $140 million in a lawsuit against Gawker for exposing a sex tape, Ben explains why the trial is not an issue of free speech. Jason agrees that journalists should not have the right to ruin peoples’ lives, and that we should be able to live in a society where we value and respect privacy. Although, there is value in exposing hypocrisy in the political sphere, when necessary…

Jason picks apart a few of the most recent products to hit the tech market. He explains why Samsung’s smart windshield for your motorcycle is nothing more than a direct danger to everyone on the road. Then, a new smart oven wins Jason’s heart after he admits his initial skepticism.

Pick your poison: Trump or Cruz

“Gun to your head … who do you vote for?” A nightmarish hypothetical situation comes to life as Lon and Ben struggle to choose between the better of two evils. While Ben feels that the implication of authoritarianism under Trump is worse, Lon believes Cruz holds a more evil, deep-rooted ideology that could potentially lead to World War III. Jason then gives his theory on what we are witnessing in this political cycle: the end of the two party system in America.

0:48-2:49: Jason gives a quick introduction and background of his guests: Ben Parr and Lon Harris.

7:11-12:09: The group discusses the difference between AI and conscious AI.

12:09-17:02: Ben responds to the reality of robots and AI automating tasks in the workforce, and Jason explains the implications of cutting edge companies like CafeX in the immediate future.

17:02-23:57: Jason asks Ben and Lon which three jobs they believe will go extinct within the next ten years.

23:57-25:04: Jason brings up the danger of fast food workers demanding higher wages, which will likely accelerate their jobs being automated.

25:04-29:45: Lon brings up his vision that hotels are on the verge of becoming almost entirely staff-free.

29:45-32:38: Lon gives us a recap of a story he wrote on a Yelp employee who got into some trouble for openly complaining about being underpaid.

32:38-37:00: Ben responds with some sobering thoughts about the probability of jobs being swallowed up by the advancement of our economy.

37:00-48:48: Jason shares his beliefs about the deeper issues with infrastructure in San Francisco, and what we should do about it.

48:48-55:49: Hulk Hogan’s lawsuit against Gawker ended in a $140 million payout, and ignited a debate over personal privacy and free speech.

55:49-1:11:25: The discussion leads to the boundaries for journalists in regards to invasion of privacy. Where is the line?