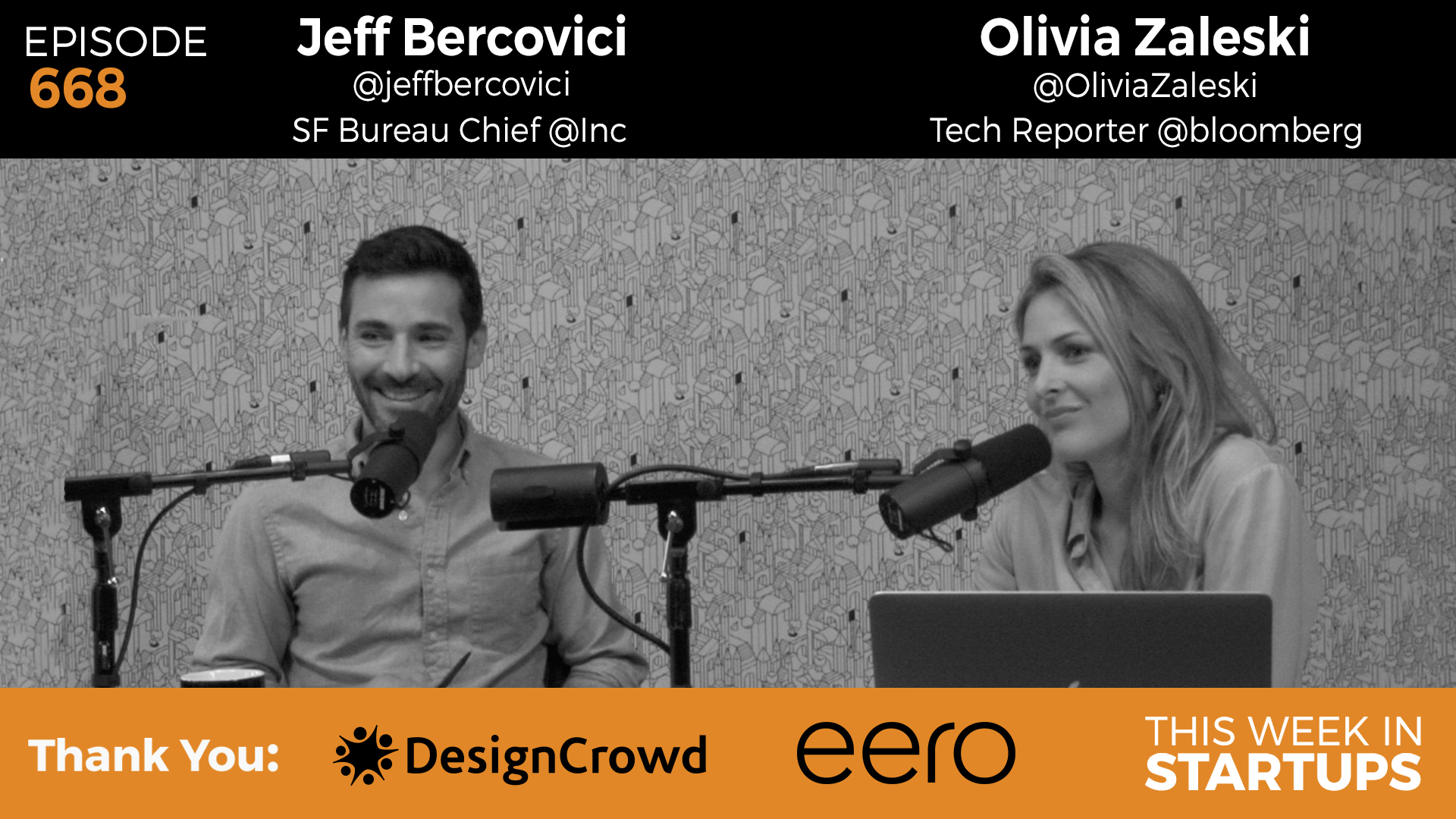 News Roundtable! Joining Jason is @jeffbercovici of @Inc and @OliviaZaleski of @bloomberg. The tech industry is moving at high speed; we are in the age of advancement. Companies are getting bigger, M&A and investment are going crazy — but this leads to a lot of odd behavior in Silicon Valley. A riveting discussion that kicks off with the Hampton Creek controversy, while Jeff notes that the balance of power has become tilted between investors and founders. The conversation then segways to Peter Tiel executing greatest revenge in history by bankrupting Gawker, lending to the broader theme about fear of the power of wealthy people to go after publications they dislike. A debate over good journalism ensues, and the discussion ends with the group speculating about the future of robots and AI.

06:47-09:06: The conversation starts off with Olivia clarifying the misconception that Hampton Creek is only a mayo company, and that they are really about disrupting the food industry by creating alternatives to meat-based products

09:07-14:40: Jason asks Olivia to share the development process of the Hampton Creek story, and what she learned.

16:25-24:14: The conversation transitions into the SEC inquiry around the Hampton Creek case, and Jason speaks towards issues of transparency between founders and investors.

24:15-31:36: Jeff explains how a lot of companies say that they are not a ‘X’ company, they are a TECH company, the same as how the goal of Uber to be a transportation service and not a cab service, with the goal of bumping up valuation.

35:19-56:15: The group then talks about the big media story of Peter Tiel executing the greatest revenge in history by bankrupting Gawker, and they debate over Gawker as real journalism.

01:07:13-01:14:37: Olivia talks about her new robotics series, and the group discusses the pro’s and con’s of robots, and the recent accident involving a robot and a toddler.