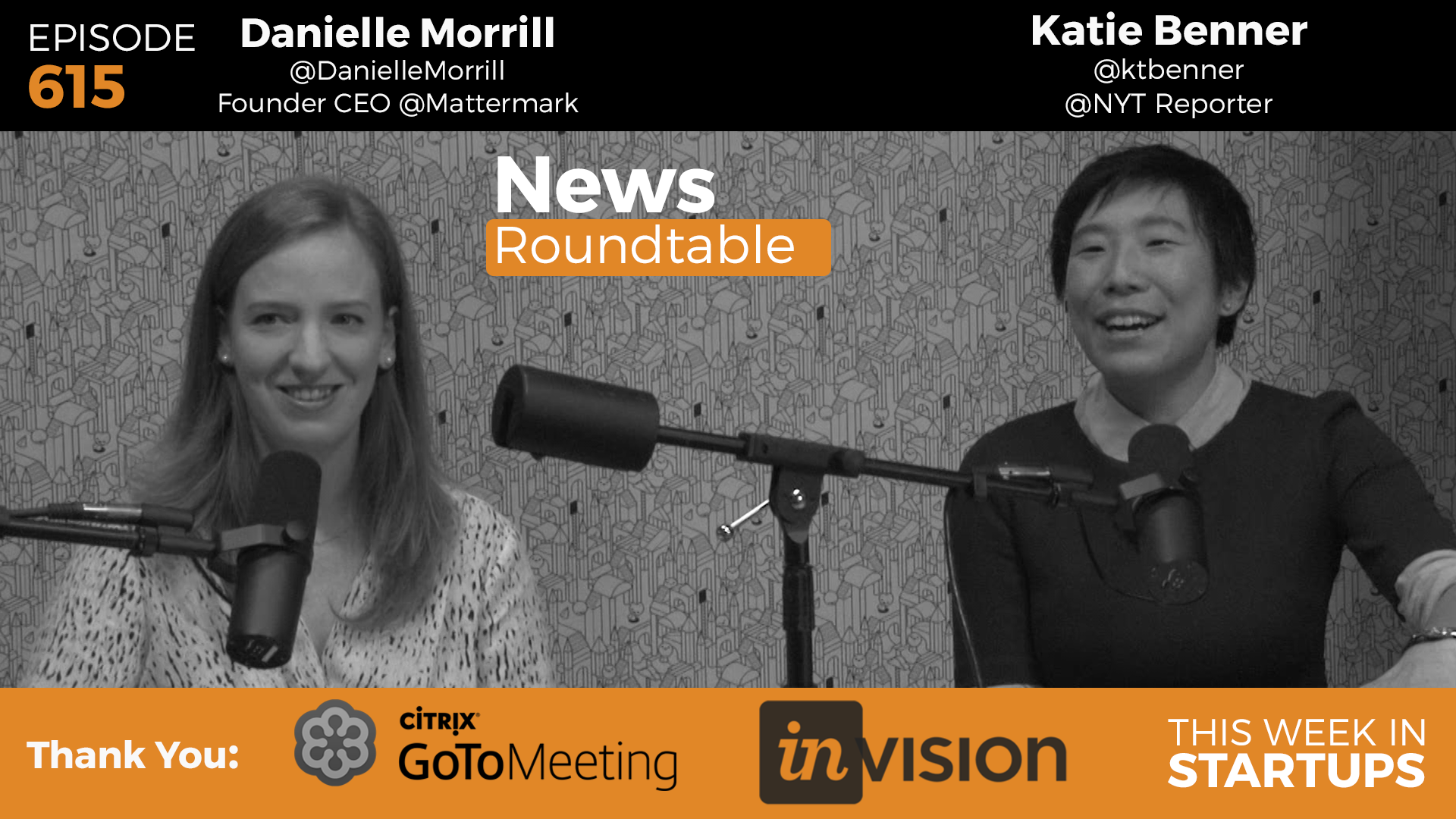 It’s the News Roundtable with Danielle Morrill, CEO and Founder of Mattermark, and Katie Benner, reporter at the NY Times. Each brings their expertise of deep data and reporting to shed light on the state of the market and projections for 2016. Among the many questions tackled: are we going to have a crash, or just a correction? (and what’s the difference?); will there be IPOs in 2016 … and should there be??; what would be the ripple effect of Chinese stock market crash? is this a scary landscape, or exciting? (i.e., time to bail … or buy?) The three also discuss the Apple’s latest forays into A.I. and VR, the on-demand market, the unit economics of Uber, their favorite apps and guilty pleasures. And a heated debate about the ethics of publishing data on companies perceived to be going south … Don’t miss this!

2:23-4:02: Jason asks Katie to explain her recent article on the dramatic dip in venture investing.

11:12-14:15: Katie says concerns about debt and private equity have been around the Valley forever. So why are we just asking questions now? Jason and Danielle give their theories.

18:27-20:26: Jason wonders if we’re on the verge of another crash or merely a correction. Katie compares the current situation to the 2008 economic crisis.

20:28-22:06: Could Apple’s ties to China prove problematic? Katie thinks they’re minimal, but there could be a ripple effect if the Chinese economy tanks.

31:00-32:58: Jason asks what IPOs will look like this year. Danielle wonders if there even should be IPOs.

38:03-39:25: The groups vents about its love-hate relationship with Postmates.

40:29-44:38: Jason, Katie, and Danielle discuss what the Uber fare cuts mean for the company, its drivers, and car ownership.

47:21-48:54: Katie wonders about the stability of Uber and Lyft’s workforce. Danielle thinks places like Starbucks and Target probably suffer from this more.

57:06-59:36: Jason, Katie, and Danielle discuss the information and surveillance implications of AI products like Echo

60:00-62:52: Jason grills Danielle on how she’s using her data on so-called zombie companies. At what point does it become schadenfreude?

66:05-68:54: Jason, Katie, and Danielle talk about how the press gets lynched for reporting facts on startups, like the issues with Theranos.