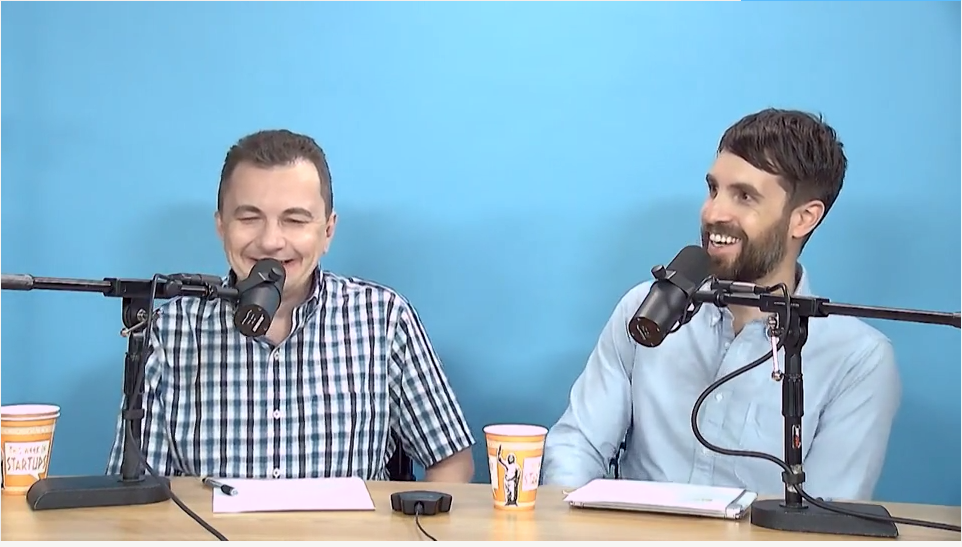 Life is too short to spend looking for your wallet and keys. Save that precious time and get TrackR. Go to TheTrackR.com and enter promo code “TWIST” to get 20% off any order.

Find the software that will help you do what you do better. Join the millions of people who use Capterra every month. To start your search today, visit capterra.com/twist

0:01 Thank you to TrackR & Capterra for supporting TWiST. Go to http://thetrackr.com/ and use promo code “twist” to save 20% on any order. Also, visit http://capterra.com/twist.

1:52 Peter Rojas talks about his first L.P. meeting for Betaworks Ventures. And explains his excitement for the upcoming year.

6:17 Iain & Peter express their thoughts on Tesla branching out into the trucking space, why it makes sense, and the cost savings that are included with the Semi.

8:39 Jason, Iain & Peter talk about the near future of self-driving trucks, and the advantages for drivers.

10:35 The big Tesla reveal of Roadster 2. Peter & Iain talk about the purpose of this vehicle, and Tesla’s thinking behind it. Jason plans on buying one.

13:10 Should Elon Musk be announcing new products while the Model 3 is experiencing production issues? Peter and Iain explain both sides of the story. Jason explains why he doesn’t care if Tesla products are delayed.

17:11 Thank you to TrackR for supporting this show. Go to http://thetrackr.com and use promo code “twist” to save 20% on any order.

21:48 Discussion about Apple tripling down on AR. Why did Apple decide not to create a VR headset? Peter explains the reasoning behind this. Peter: “VR ends up looking like a game console business.”

26:19 Will AR glasses end up replacing phones? Peter believes that is many years away. Iain believes we will see true AR glasses on the market after 2020.

BUT, there are many problems to solve first.

31:29 Thank you to Capterra for supporting this show. Go to http://capterra.com/twist to browse through 400 categories of software.

33:14 Apple HomePod discussion. Why is there a delay to market? Why isn’t Siri as good as Alexa or Google Home?

35:24 Jason and Peter talk about what it takes to build a platform. And what Amazon needs to do in order to build the best voice platform.

40:45 Discussion about Stitch Fix IPO. Is this the start of the liquidity process? Are companies scared to IPO in fear SNAP’s situation? Peter & Iain share their view on SNAP.

45:54 Jason warns founders not to sell their company if Zuckerberg has an offer for them. And suggests an alternative to stay in the game.

48:43 Peter discuss why he doesn’t use Facebook. Iain explains the scientific evidence showing Facebook is detrimental to mental health.

52:01 Peter shares his interest in Mastodon.Social. Iain shares what needs to happen before any company can replace Facebook.

56:00 Will Facebook be regulated? Will they be able to buy another Instagram or WhatsApp? Peter believes there will be scrutiny around political advertising. Jason shares an idea for political regulated ads on Facebook.

1:00:50 Discussion about Boston Dynamics “Back-flipping” Robot. The future of robots, regulation, and warfare.