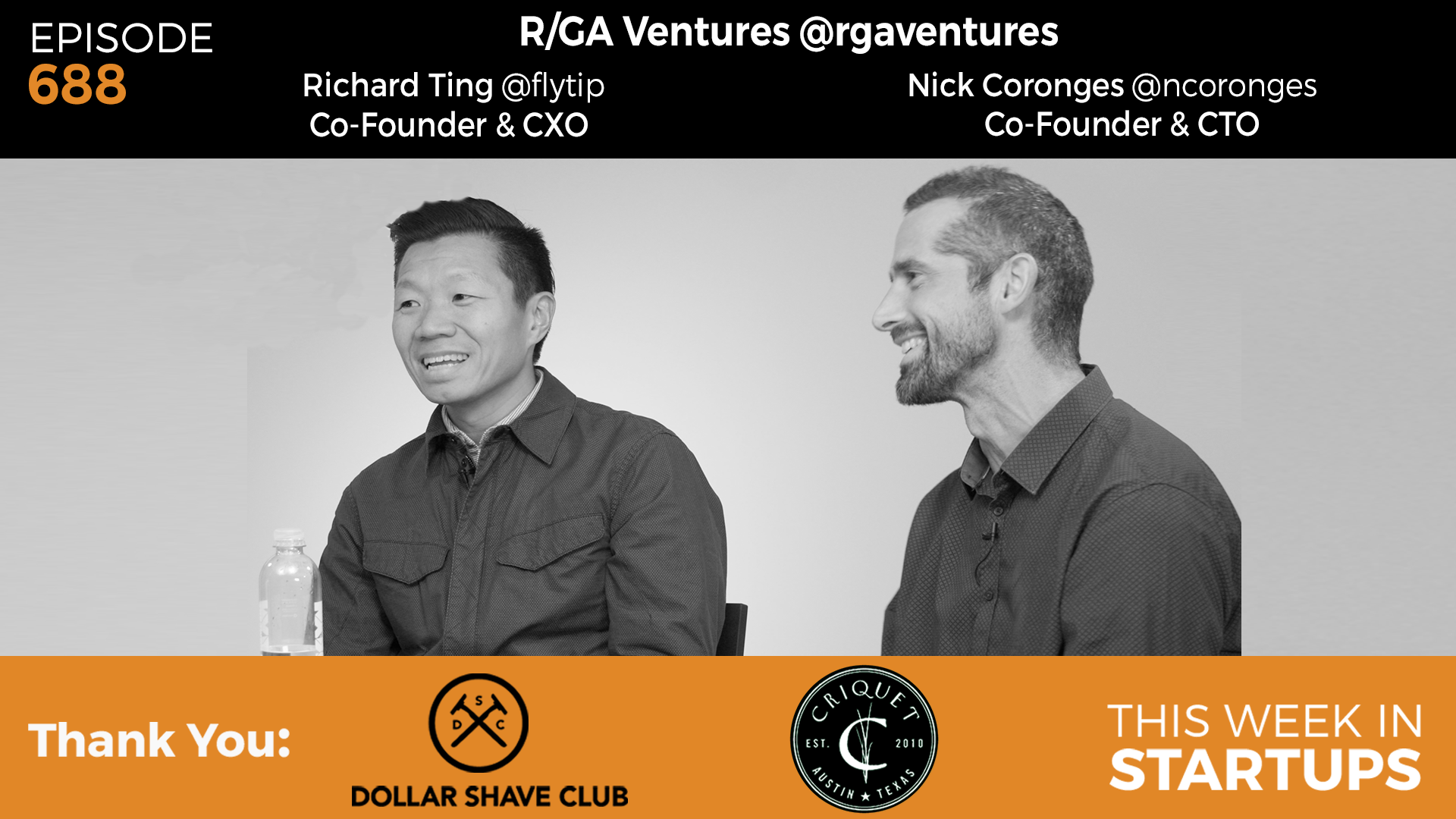 The perfect mix of old school style and modern design. For 20% off your first purchase, visit criquetshirts.com/twist and enter promo code: TWIST at checkout.

New York is an important ecosystem that combines the art scene, media companies, Wall Street, the advertising industry, and news organizations. What it didn’t have in the early days was any kind of infrastructure–angel investors, incubators–which meant that if you were an entrepreneur, you were on your own. Now, there is a lot more infrastructure, including startup incubators. Joining Jason today are the two leaders of R/GA Ventures Incubator, Richard Ting and Nick Coronges. R/GA supports companies that are looking to build their brand, while partnering them with their client base of major players, including Nike, Verizon Wireless, Johnson & Johnson, Samsung and Google. Join us as Nick and Richard reveal what startups need the most help with, which young companies have the most demonstrable success, and how R/GA is playing an integral role in supporting the community and helping entrepreneurs.