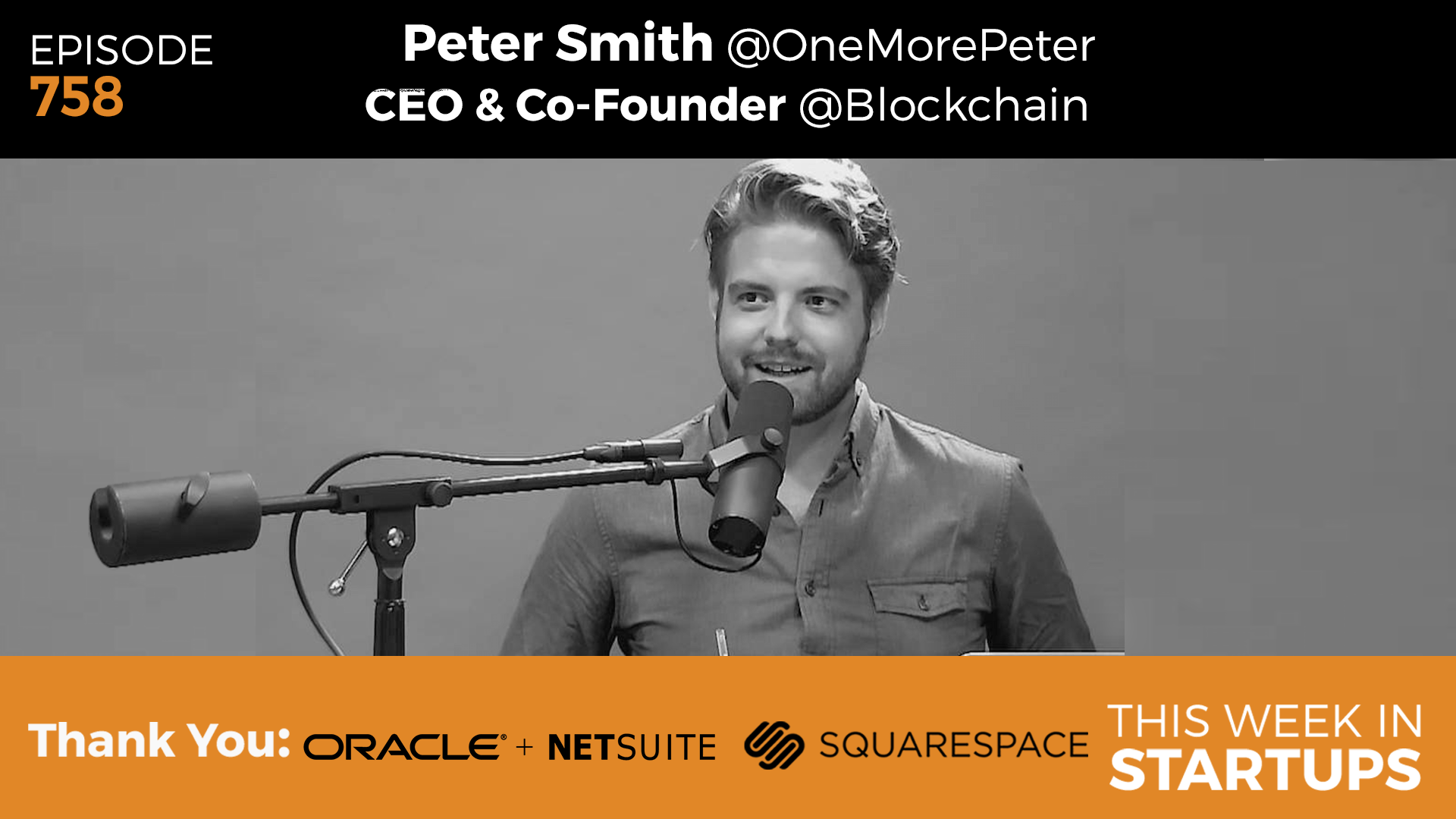 The last business system you’ll ever need. To get your free guide, “How to Overcome the Five Obstacles to Successful Growth,” go to netsuite.com/twist.

Start building your website today at squarespace.com. Enter offer code “TWIST” at checkout to get 10% off.

If you’ve been paying attention to FinTech news, blockchain, bitcoin, Ethereum, and ICOs are hot topics. After talking about cryptocurrency for a few years on This Week in Startups, it is now having its shining moment, with one bitcoin trading at over $4000. Our guest today, Peter Smith, is the CEO & co-founder of Blockchain, the leading integrated bitcoin platform that makes using different blockchains easy. Join us as Peter distills bitcoin, cryptocurrency, and blockchain fundamentals, regulatory issues and why the U.S. is slower in the cryptospace, effects on the dark web, ICO predictions, and more.

04:56: Peter explains why he can’t sell Jason a bitcoin in America

09:53: Peter shares a story that he has never told anyone else on a podcast, of meeting with the head of FinCEN to talk about his idea during the early days of Blockchain

13:58: Speculation about regulation and why the US is slower

15:55: The governments that are doing well on this front are Singapore and Switzerland

18:15: Peter shares his prediction for when a major government will release its own cryptocurrency

19:09: Countries issue digital currencies is because of competitiveness

24:40: Bitcoin as a manipulated currency

47:32: Is there some compelling use case for cryptocurrencies beyond money store and speculation?