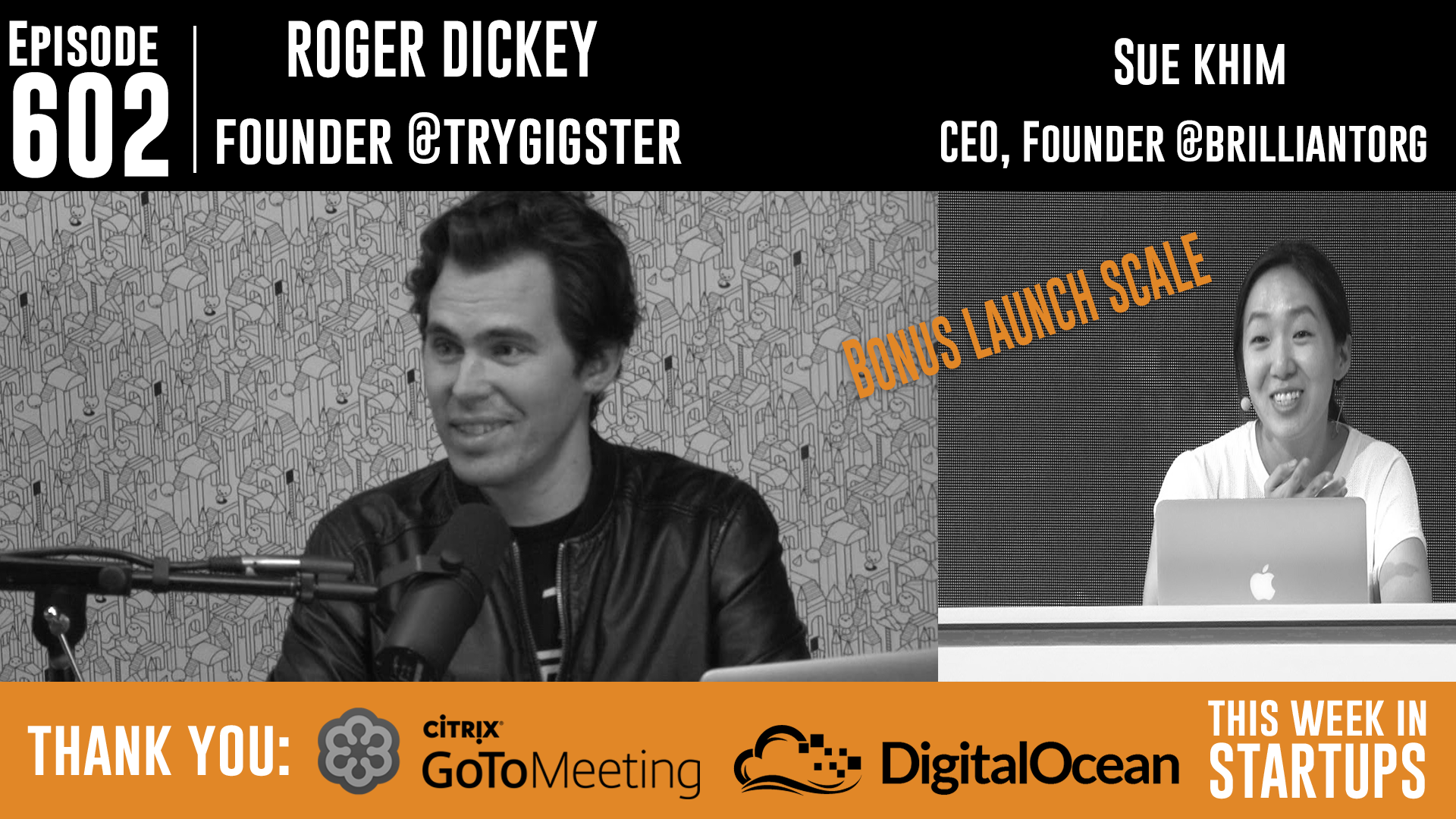 Today’s guest is Roger Dickey, Founder of Gigster, an on-demand software development platform that just raised $10m in Series A funding led by Andreessen Horowitz. Roger showcases to Jason how Gigster works, using a sample “Uber for Pizza” project to illustrate how quickly a quote is offered and why it’s so important to qualify the customer. We learn about “the central brain of Gigster” (the AI that puts together the quote so quickly), what it will take to make Gigster a billion-dollar business, the fastest path from an idea to a finished product, why startups should outsource their development and why technical teams can get too attached to their prototypes. Roger also reflects on his time at Zynga (where he founded Mafia Wars and served as a GM), why the company isn’t doing as well as it used to (hint: a tough mobile shift…), and the differences between dominating social gaming on Facebook and dominating in on mobile. ALSO! A bonus segment from LAUNCH Scale, featuring Sue Khim, Founder of Brilliant.org, sharing her growth tactics: specifically, how focusing on triggers, not users, got Brilliant into the “2 comma club.”

23:24 – 26:04: “If you’re an individual designer, there’s a client you wouldn’t have won because they needed development work as well.”

35:23 – 36:25: “One of the biggest problems with technical teams when they’re prototyping is that they get emotionally tied to a certain idea.”

1:10:29 – 1:11:37: “Both of these columns are totally irrelevant to the main factor that should be driving the decision, which is product strategy.”