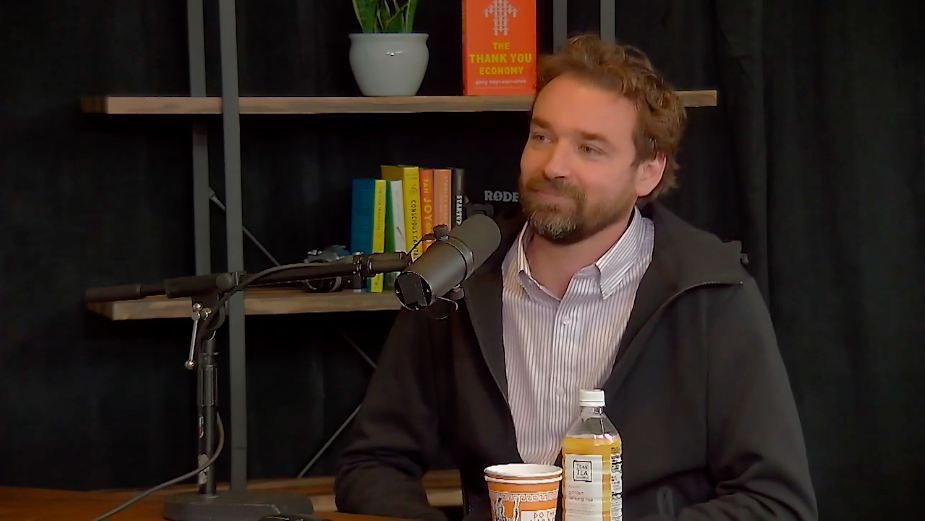 00:47 – Jason, an Uber investor, introduces Ryan, Founder and CEO of the Uber-owned dockless electric bike-share company, JUMP. Ryan talks about the conception and founding of his company.

03:15 – Ryan explains the electric assist feature of JUMP’s bikes and the regulatory benefits of limiting the fleet to Class 1 electric assist (no throttle, the motor only engages while the user is pedaling).

06:36 – Ryan explains the locking mechanism, which enables dockless sharing. He also talks about where users can leave the bikes, which leads to a conversation about cities making more space for electric bike and scooter parking/charging.

11:52 – Thank you to sponsor, WordPress, which powers this site and Jason’s personal blog. Go to wordpress.com/twist to get 15 percent off any new plan.

14:51 – Ryan talks about the falling cost of electric bikes and battery packs. He covers the average income for each bike and the costs of operations and maintenance. He explains JUMP’s plug-free charging system. Currently, JUMP has to pick bikes up from drop-off locations and bring them back to a charging station. JUMP is currently expanding incentives for users to bring bikes to a station for charging. He and Jason also discuss the possibility of a standardized charging system, usable by bikes from multiple companies.

19:57 – Jason asks about bike thefts. Ryan says JUMP operates in multiple cities around the world and theft is immaterial to the business. There is no aftermarket for heavily branded and specialized bikes.

22:48 – Ryan talks about the need to scale its fleet, as San Francisco users find no nearby bikes for one-third of app opens. He also talks about people choosing JUMP over short Uber rides.

24:41 – Thanks to our sponsor, Walker Corporate Law, which focuses on serving founders and startups. Visit walkercorporatelaw.com.

26:33 – Jason brings up the Uber acquisition and says bike-sharing is exactly what Uber needs. Ryan says that for JUMP, the sale to Uber will enable rapid global expansion. They discuss the leadership skills of current Uber CEO Dara Khosrowshahi and the legacy of former CEO Travis Kalanick. They also discuss Uber giving its leadership in each city the power to experiment.

31:10 – Jason asks what a government would need to do for JUMP to reach scale in a given city, and what that would look like. Ryan says JUMP would need to track utilization rates but a city like San Francisco might support up to 10k bikes. That would require the reallocation of public space for parking and charging. The city would benefit as JUMP would pay for infrastructure and provide the city with data. Would also reduce congestion.

36:43 – Jason says Uber drivers could be paid to return JUMP bikes to charging stations or to areas where they’re needed. Ryan says Uber already has great tech for demand repositioning. He notes Uber’s multimodal partnerships and says the company provides an excellent alternative to car ownership.

41:39 – Ryan talks about his time working at the New York City Department of Transportation and the closure of Times Square to create pedestrian plazas. He and Jason talk about the increasing popularity of bikes in New York and San Francisco.

45:38 – Ryan talks about JUMP’s footprint (40 cities in six countries) and future expansion plans. He and Jason talk more about the utilization of public spaces, congestion, the inefficiencies of parking, the long-term trend of making streets friendlier to people, more.

50:06 – Jason and Ryan talk about how autonomous vehicles could change commutes, where people choose to live, etc. Those who can work while traveling to the office might be more likely to live farther away from their offices. Self-driving cars could reduce congestion and enable higher speed limits, possibly enabling sprawl, however, denser cities are likely the better solution.

56:08 – Jason closes the show by saying JUMP represents entrepreneurship at its rawest and best: years of passionately working on an idea without anyone taking much notice, followed by a great outcome.