Deprecated: File Theme without header.php is deprecated since version 3.0.0 with no alternative available. Please include a header.php template in your theme. in /home/thiswee/public_html/wp-includes/functions.php on line 5579
 E706: Part 2: Sam Harris, “Waking Up” host, philosopher & neuroscientist on Trump's asymmetric warfare, Muslim ban, the Jihadism problem, Zuck’s moral compass, fake news & how to avoid the A.I. apocalypse | This Week In Startups 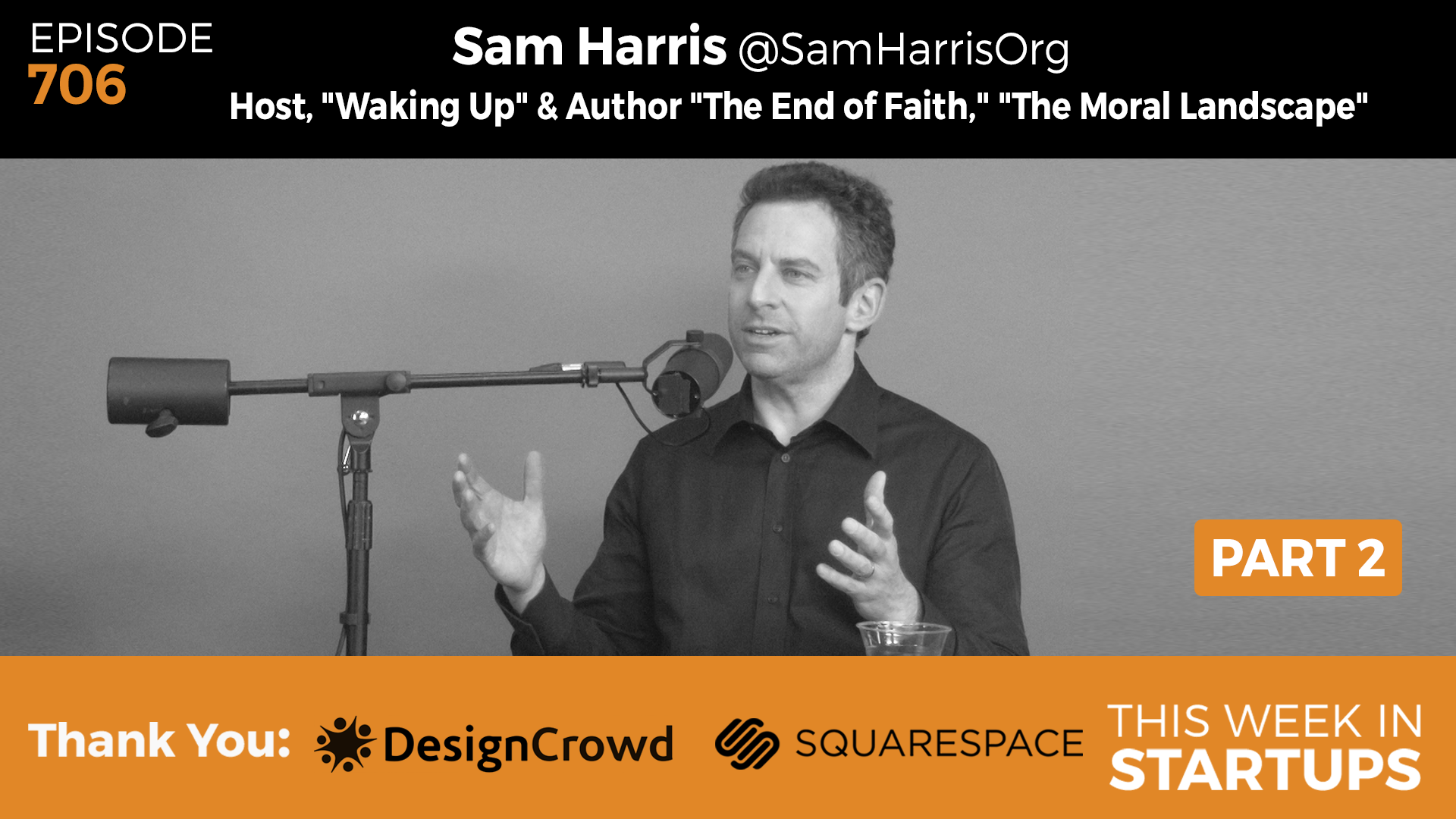 In this Part 2 episode, Jason and Sam continue their exploration of the Trump Phenomenon, social media and fake news, and the benefits and threats of A.I. The thematic question to ask ourselves is: what sort of society do we want to live in? As technology becomes more powerful, and as more jobs become obviated by intelligent machines, Sam highlights that we need to figure out how to redistribute wealth to the better part of humanity. He reminds us though, that it’s not all depressing, and that with the right approach, we are living in the first moment of human history where we can plausibly imagine virtually everything changing.

03:20: Sam explains how to avoid fake news, chaos, and collapse of values from cynical politicians, including Trump

06:37: Problem of unemployment that connects back to AI

11:35: Sam says that identity politics is at a dead end; how to build global civilization?

22:50: This isn’t all depressing, because with the right approach, we are living at the first moment in human history where we can plausibly imagine virtually everything changing

46:40: Is microdosing drugs worth experimenting with?