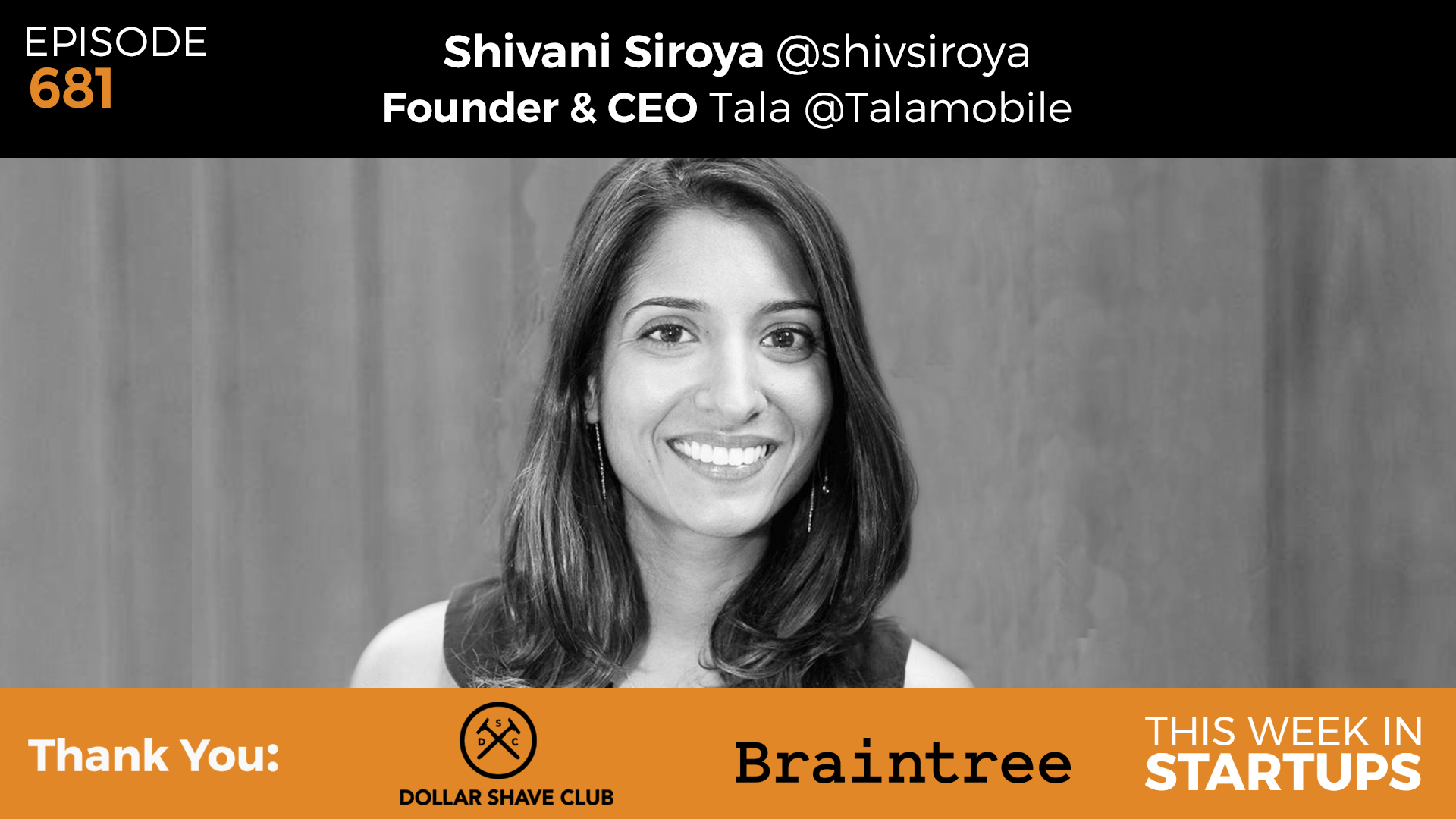 Shivani Siroya is the CEO and founder of Tala, a company is tackling a massive problem: there are 3 billion people around the world that are currently underserved from financial services—they don’t have bank accounts, access to formal credit options, traditional loan products, small business loans, or insurance products. Tala makes micro-loans in Kenya, Tanzania and the Philippines by using a person’s smartphone, transactions, and app usage to figure out if they are creditworthy. To evaluate creditworthiness, Tala built an Android app that scores would-be borrowers in 20 seconds by using data on their phone. In addition, they make a credit decision to lend money in that 20 second timeframe and acts as the lender. Tala dynamically prices between 5%-11% for the term, which is dramatically lower than the average APR in these markets, which is 350%. In this episode, Siroya describes how she pioneered this new form of micro-lending.

02:48: The problem Tala is tackling is massive: there are 3B people around world that are currently underserved from financial services–don’t have bank accounts, don’t have access to formal credit options, traditional loan products, small business loans, or insurance products.

05:14: Tala built an android app that allows us to score someone in 20 seconds just using data on their phone.

07:07: Shivani realized a lot of data that she is collecting is sitting in people’s phones.

08:58: During the summer, Tala made 449,000 loans. 40% people who borrowed money were referred by someone that already borrowed money.

10:18: Tala doesn’t meet customers in person, they use untraditional data.

11:10: Shivani compares what they do to credit cards, like a revolving line of credit.

15:41: Shivani compares what they do to “Ubers of the world”–create a playbook and tackle easiest markets first and then think about their long-term plays.

16:32: Shivani talks about the impact Tala has had in Kenya, which is where they first launched and has been operating there now for 2 years.

18:06: Shivani describes the data you can get on Android vs iOS devices.

21:59: Shivani takes us back to when she first had the realization that people were underbanked, and later that behavioral variables could also come into play.

25:16: The two talk about zombie games, and the correlation to being creditworthy.

31:48: There is currently a 3.1 trillion dollar unmet need for credit in emerging markets, so if we can unlock these markets, you would be changing these economies and unlocking massive amounts of capital, which will lead to more jobs and commerce.

33:26: Shivani describes the impact Tala is having on people’s lives in the emerging markets.

34:00: Shivani explains that the typical loan sizes in the Philippines and Kenya are small, but they can accelerate businesses.

34:44: Tala does positive and negative reporting to the credit reference bureau.

38:29: Tala dynamically prices between 5%-11% for the term, which is dramatically lower than the average APR in these markets, which is 350%.

42:25: To figure out what market to pursue, Shivani asked herself, “As a startup, what can we take on?”

43:05: What types Android phones do people use in Kenya?

52:35: Shivani describes the types of investors for Tala.

53:57: How do you balance the need of VC returns with working in emerging markets?

57:44: The two discuss the future of these emerging market regions.