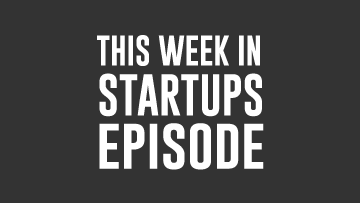 Jason Calacanis hosts This Week in Startups with guest Craig Kanaric, Founder of Razorfish and blogger at EXP.

00:02:40  When did Razorfish form? Summer of 1994, I was doing freelance work in website design and development. We knew we were going to build websites or make digital interfaces.

00:07:10  How do you get your first client? I had a friend who was an IT services guy for Time Warner and I was invited to speak at an internal conference about the Internet. Afterwards a guy came up and asked if I could create a website for the New York Botanical Gardens on behalf of Time Life books. The thought was eventually the could sell books there because at the time no one thought people would put their credit card information on a website. One year to the day Mark Jeffrey came in and pitched The Palace to the same people, which blew people away.

00:12:30  What were the early discussions about television and the Internet? Then it was about interactive television, the Internet was not relevant it was a marketing platform. News was the big business and how do we create websites for each city for a news portal. We quickly learned that people don’t necessarily want to choose what direction a show will take. They want to sit down and decompress after a long day at work.

00:17:40  So where did that energy go to create interaction? The gaming industry with Sims and other MMOs.

00:18:30  Who got it right early on but still failed? We at Razorfish grew really fast it was a future people wanted to believe in. Most services companies grew too fast.

00:20:00  What was it like when things were growing fast? At the beginning, we were confident and thought they were on the right track. Then it was how far and fast should we grow? I thought we’d stop at 100 people but then we saw others coming into the space and growing but we were profitable. The bankers thought we needed to get bigger and show growth.

00:23:45  What was the biggest customer at that time? Schwab they knew trading was going to the web.

00:25:10  What are your thoughts on books and the Internet? I’m not a huge fan on long tail but I don’t think it drives as much as people think. It’s only one aspect. Age is the underlying issue between consuming digitally or a physical book. It happens somewhere around age 10. The retailers are hurt more than the publishers.

00:32:20  The one thing about media is if I buy it I can give it to you but if I download it their is a portability issue. I think we will eventually own the right to watch something not download it. Some sort of cloud of media.

Trada is a crowdsourced pay-per-click marketplace, leveraging the skills of more than 500 certified paid search experts. Mention TWiST and get $100 worth of PPC marketing FREE for every $1,000 you spend on Trada (Max $3,000 spend or $300 bonus). On average, advertisers who start working with Trada reduce their CPA by 10%!

00:35:20  Razorfish is booming and then things go bad, how long was that process? It felt like 20 minutes but it was probably 6 months. It took everybody by surprise but we thought it might be a minor correction but the bottom really fell out from underneath us. Part of it was we out grew the market and many took the business in house. An interesting lesson was how to manage employees to keep on track with the company mission. We should have fired him but we didn’t want to be the bad guys.

00:39:50   People may interview well but once they get into the organization you notice quickly know they are not a good fit and the inexperienced entrepreneur tries to change them but really they should be fired.

00:45:00  What do you think it different in running a company these days, what advice do you give? Their is a customer base and the Internet is at critical mass. It’s not a mystical scary thing anymore to people. Their is a sense of pacing it’s not a race. The majority of the content is made by individuals not companies and the power has been distributed. People have started to participate which is exciting.