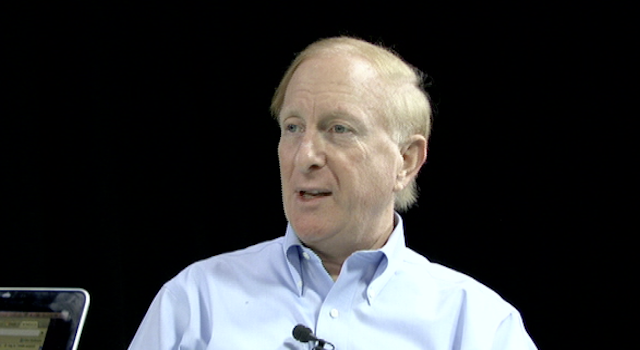 Jason’s guest this week was Howard Morgan, Co-Founder of First Round Capital and a 30 year veteran of the technology industry. Highlights of the show this week include: biggest passes that did great, incubator programs and what they offer and who are the greatest tech. entrepreneurs of the 80s, 90s, 00s.

Announcements: next week’s show will be live from SXSW with Tony Hsieh of Zappos on Saturday the 13th at 2pm (Pacific), 5pm (Eastern), 10pm (London), March 14th 9am (Sydney)

00:11 Pablo Fernandez of Hear a Blog calls in to ask, when pitching to investors do I pitch the necessary intermediate stage of the idea or the big vision idea?

00:27 Stephen Young calls in to ask, what salary range should founders be in when taking an angel investment and follows up with how do you raise your salary once you have investment?

00:47 Topics:
Biggest company Howard passed on that was great
Investing in competitive companies
Location based companies
Franklin Electronic Publishers business cycle
Mint.com and how being a part of their founders network help them scale their infastructure
How First Capital supports their companies
Idealabs, why it’s successful
Greatest Entrepreneurs of the 80’s, 90’s, 00’s

01:48:28: Microsoft gains 400,000 users by advertising on farmville.
lon’s Question: is this a way to get users or just click
Jason: Good Idea, social games are massive

01:51:28 Social game advertising is going to be a massive advertising portal, mini cooper being launched through the movie italian job.

01:56:00 Jason: Microsoft has a legacy and needs to start from scratch and create a long lasting mobile os.

02:02:50 Ipad will release late april
Question: are you planning to buy an ipad?

TWiST is brought to you by our generous sponsors: