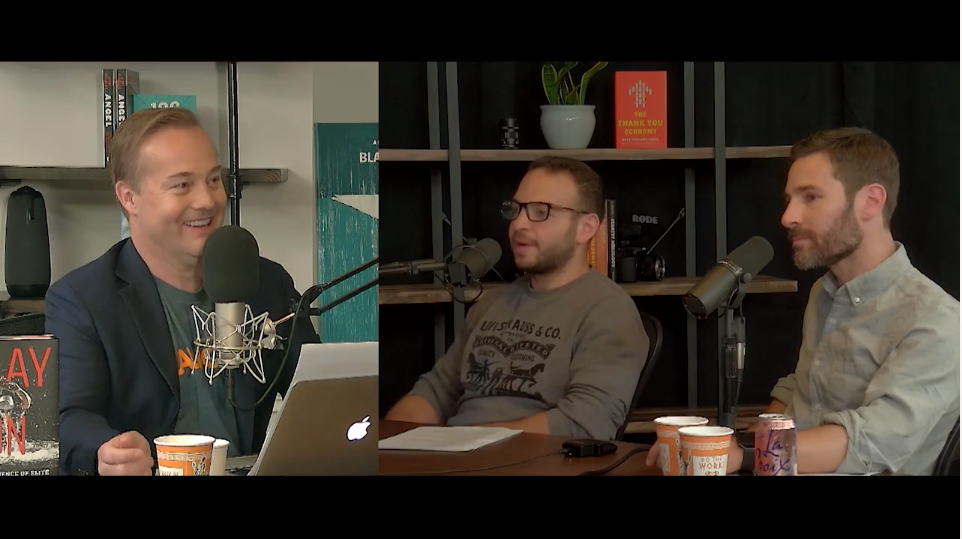 Have a wedding or event where you need to wear a suit or tuxedo? The Black Tux is your answer! To get $20 off your purchase, visit TheBlackTux.com/twist.

5:59 – Alex Kantrowitz talks about his background in the advertising industry. He and Jason discuss excessive targeting, the collection of data, unethical advertising, and the manipulation of political processes.

09:45 – Jason asks about Facebook’s trustworthiness as a steward of consumer data. Alex says Facebook has some good intentions, and although people shouldn’t trust the company to take all of the reform measures it has promised, Facebook is heading in a good direction and has become more humble. Jeff says Facebook will make the minimum changes necessary, just in time, to avoid repercussions.

13:21 – Jason thanks sponsor Weebly. Visit weebly.com/twist for 15 percent off your first order.

15:00 – Jason asks Jeff about how Mark Zuckerberg is or isn’t influenced by other Facebook executives. Jason asks Alex about Zuckerberg’s personality and whether he is the right person to lead Facebook. Alex notes that while Facebook’s hand has been forced, the company is approaching recent issues in a considerate way and they’re trying to get it right in a bold way. Jason says an amoral product approach is what made the company so successful. Founders concerned with user privacy and general ethics have always been at a disadvantage to Facebook.

The trio discusses Facebook’s current central dilema: transitioning from a company focused primarily on growth to one that cares about its impact on society. They also cover the company’s screening of ads.

27:19 – Jason says Zuckerberg is Facebook’s primary problem. His maniacal focus as a founder distracts him from ethical concerns. Jason says an ad-free and tracking-free premium version of Facebook is the only option for regaining trust. Alex says a paid version is inevitable.

31:53 – Jason thanks sponsor The Black Tux. Visit theblacktux.com/twist for $20 off your first purchase.

34:39 – Jason mentions BuzzFeed’s strategy and transitioning from lower-grade content into quality journalism. Alex talks about how he came to work for the company.

36:58 – Google’s demo of AI booking a reservation over the phone, without notifying the salon worker that she was talking to a computer: Jeff notes that the live audience was delighted, but immediately after the demo, people on Twitter expressed horror. The demo represents a significant set of dilemmas the industry is facing. Google didn’t seem prepared in any way for questions about the ethics surrounding the tech. Alex says he has no problem with essentially robocalling businesses.

41:29 – Jason brings up deep fakes and says there will come a time when you truly can’t distinguish real from fake. Alex says it’s only a matter of time before the tech causes some sort of international conflict or costs someone a large amount of money. He says the tech requires great foresight in terms of regulation and enforcement. Society can’t afford to play catch up in this area.

45:08 – Jeff says about nine percent of Amazon reviews have been verified as fake. Jason compares the Amazon reviewer scams to scams in the book publishing industry intended to artificially boost sales. Speaking of campaigns to get on The New York Best Sellers list, Alex notes that the publication gives away free copies of its paper and bolsters its own circulation numbers.

51:28 – The trio discusses Black Mirror and show concepts that could become real.

55:01 – The Black Mirror discussion leads to China’s social credit system, other dystopian tech, and changes in the norms of privacy. The trio discusses the Gawker-Hogan case, the ethics of journalism, and the violation of privacy versus accountability.

58:26 – Jason says Autopilot improves safety when the driver is aware of its limitations and remains alert. It seems that in some cases of publicized accidents, drivers were watching movies or violating safety rules in some way. Alex agrees that AI-powered driving is definitely a positive development, but unfortunate events will occur. Jeff notes that mobile phones have made the roads more dangerous than ever and self-driving cars are the solution.

01:03:50 – Jason describes the Y Combinator company’s model: Collect a customer’s stem cells and store them for a recurring fee. Jeff brings up cryogenics and the digital duplication of the human mind. Jason wonders when the wealthy will be able to live 125 years. Alex mentions overpopulation and lack of resources. The trio covers the downsides of extreme longevity.